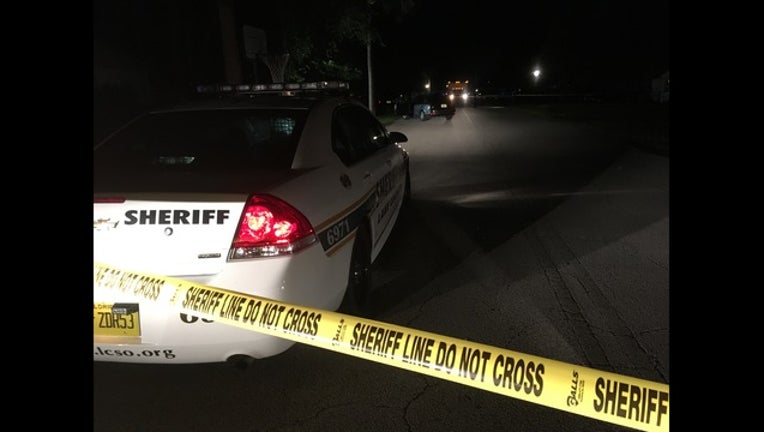 LAKE COUNTY, Fla (WOFL FOX 35) - Two people have been shot and one person killed in a shooting in the Mount Dora area of Lake County.

Deputies believe the shooting was related to a large "rave" party in Mount Dora. The rave was letting out when shots were fired about a half mile away on Sheridan Road.

The sheriff's office tells us that one person was found deceased in a car on scene and a second person was transported to Orlando Regional Medical Center and is currently in surgery.

According to Lake County, the deceased victim has been identified as 21-year-old Steven Charlostin.

LCSO says that off duty officers from Mt. Dora and Lake County Sheriff's Office were hired for event security. Authorities estimate somewhere between 500 to 1000 people were in attendance at the party, most of whom were bused from outside of Lake County.

Major Crimes detectives working the case say that the vehicle the victim was found it was reported stolen out of the Tampa area and they are now working with the police department there on details involving the theft.

Lake County detectives are still investigating the case and are working to develop leads. Anyone with information is asked to contact the Crimeline or the Lake County Sheriff's Office.

This is the second double shooting in the Mount Dora area in the past few hours. Earlier in the evening two people were shot in a Walmart parking lot. The two shootings are not related.