Wreaths Across America helps family members and volunteers lay wreaths at the gravestones of those who have served this country, not only at Arlington National Cemetery but at 2,500 locations across the U.S.

Originally called Gold Star Wives Day when it was founded in 1945, the day of remembrance is known now as Gold Star Spouses Day, though some still use the names interchangeably.

"You lose the love of your life, it's hard to put one step in front of another."

Tamra Sipes, national president of Gold Star Wives of America, a nonprofit service organization, is the surviving spouse of Navy SAR Corpsman Robert Sipes. He died in October 1995 in a house fire at age 34. She was only 28, with three small children, when she was widowed.

"You lose the love of your life, it's hard to put one step in front of another," Sipes told Fox News Digital in a phone interview. 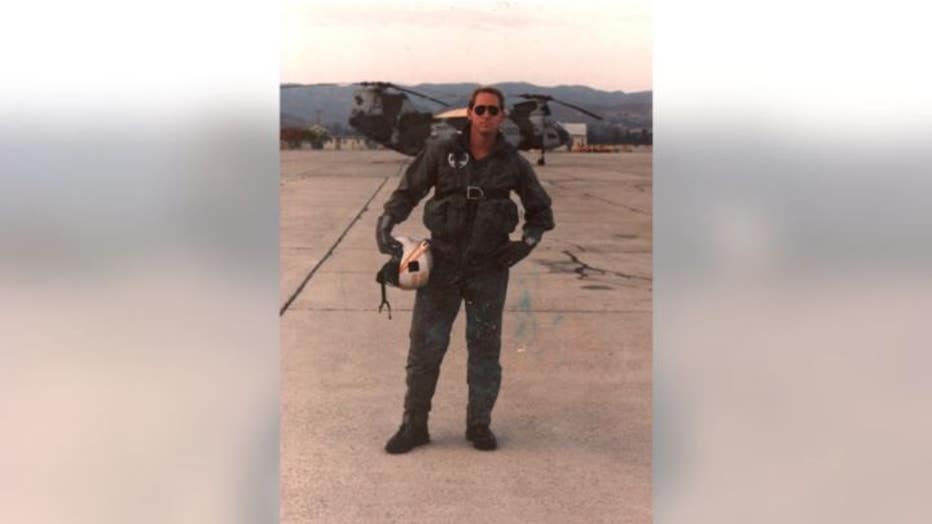 Bob Sipes passed away in 1995. He served for 10 years in the Navy as a search and rescue corpsman, with over 50 missions completed. He left behind a wife and three children. (Tamra Sipes)

"And it's week by week. And the first year. It's like a blur. [But] you just move forward," she added.

Robert Sipes served for 10 years in the Navy as a search and rescue corpsman, with over 50 missions completed. He was stationed at Naval Air Station Whidbey Island (NASWI) in Washington state.

After his death, Tamra Sipes, who is based in Washington state to this day, kept food on the table by working in the hospitality industry, she said. 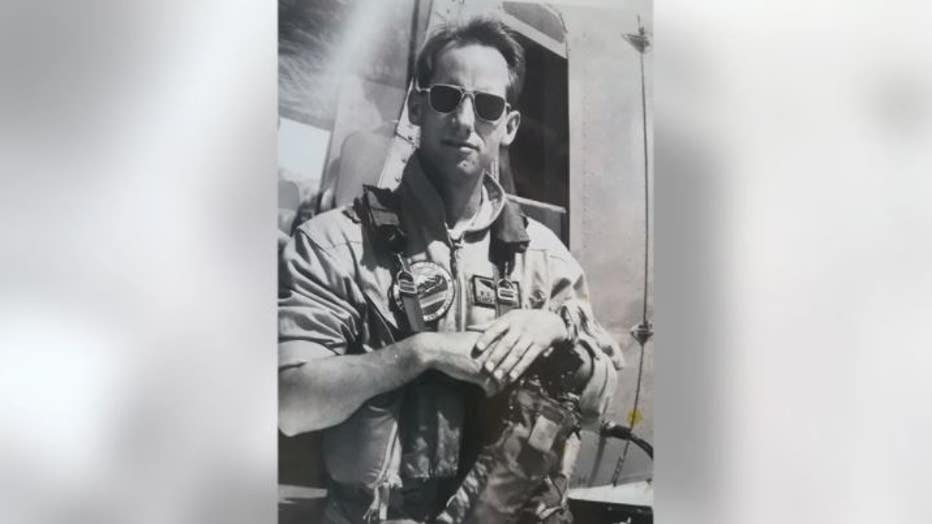 Her son Steven Sipes, 35, is today in the Navy Reserves as a Seabee. He joined the military when he was 19; he spent almost a year in Afghanistan in 2010.

Since 2015, Tamra Sipes has been an active member of Gold Star Spouses. She also began volunteering with the Tragedy Assistance Program for Survivors (TAPS; taps.org) in 2017.

"Eventually, you start to move through [the grief and the loss] — then you want to help others," she said. 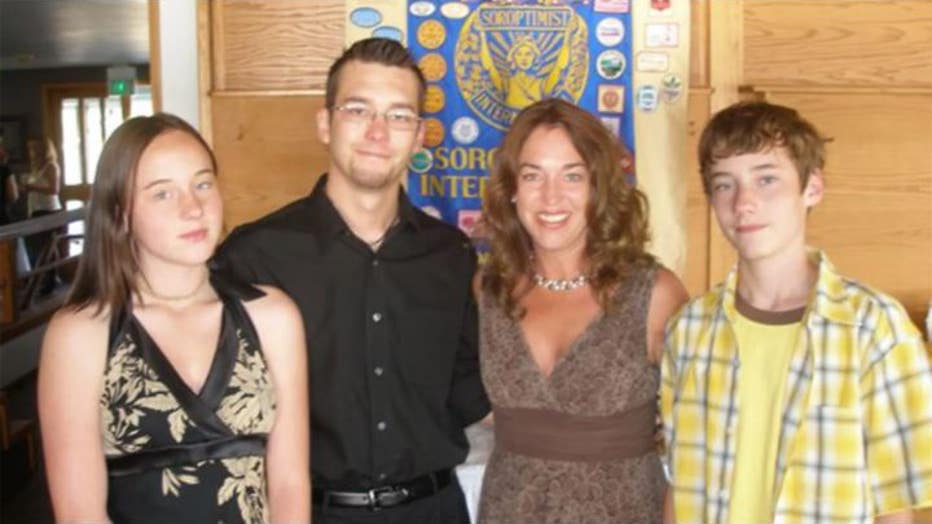 Tamra Sipes (second from right) of Washington state, along with her three children, (from left) Jessica, Steven and David, in a family photo from 2008. (Tamra Sipes)

Among its goals: Gold Star Wives is fighting to enhance and improve the financial benefits for U.S military spouses and families today.

Referring to an earlier period of time, Sipes said of the benefits given to spouses years ago, "I think [people received] a $10,000 check. It was, 'Good luck, God bless, please move out of any base housing, you've got 30 days,'" she added, recounting what spouses were apparently once told.

"This has changed in the last 10 years," she added. 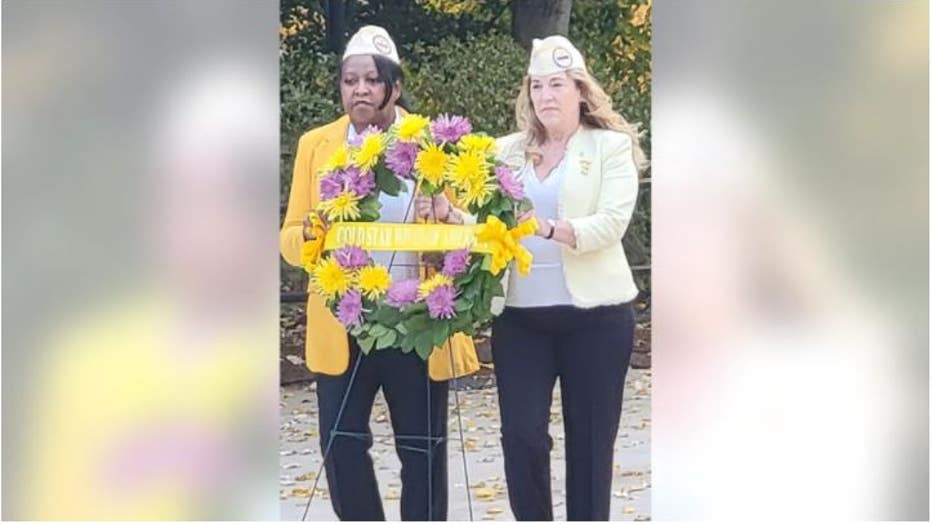 Tamra Sipes (at right) and another Gold Star Wife are shown laying a wreath at Arlington National Cemetery, at the Tomb of the Unknown Soldier, on Veterans Day in 2021. (Tamra Sipes)

One issue that surfaced in the past was around the Survivor Benefit Plan (SBP) and the Dependency and Indemnity Compensation (DIC). Survivors did not receive the full amount from those funds, said Sipes.

Recently, Congress enacted changes; as a result, in 2023, the offset in annuity payments from the SBP for surviving spouses will be eliminated for those who are also receiving DIC benefits from the Department of Veterans Affairs.

"There is so much more work to be done on behalf of these families," said Tamra Sipes. That is why, she emphasized, "every voice counts."

Sipes credited her organization, as well as supporters such as Sen. John Boozman, R-Ark., and Sen. Jon Tester, D-Mont., for pushing for changes to help surviving family members.

Gold Star Wives of America also advocated for a Gold Star Children's Day, to recognize and acknowledge the sacrifices and the existence of the children of fallen service members. Sens. Roger Wicker, R-Miss., and Joe Manchin, D-W.Va., introduced a resolution to designate August 1 as such.

Yet another win was a change to the Remarriage Penalty. The DIC remarriage age has now gone from 57 to 55, which aligns it with other federal survivor programs, as Gold Star Wives notes on its website (goldstarwives.org).

Many surviving spouses of deceased military are from the Vietnam era of military service, Sipes indicated; many are living on little more than a Social Security check and their DIC payment. 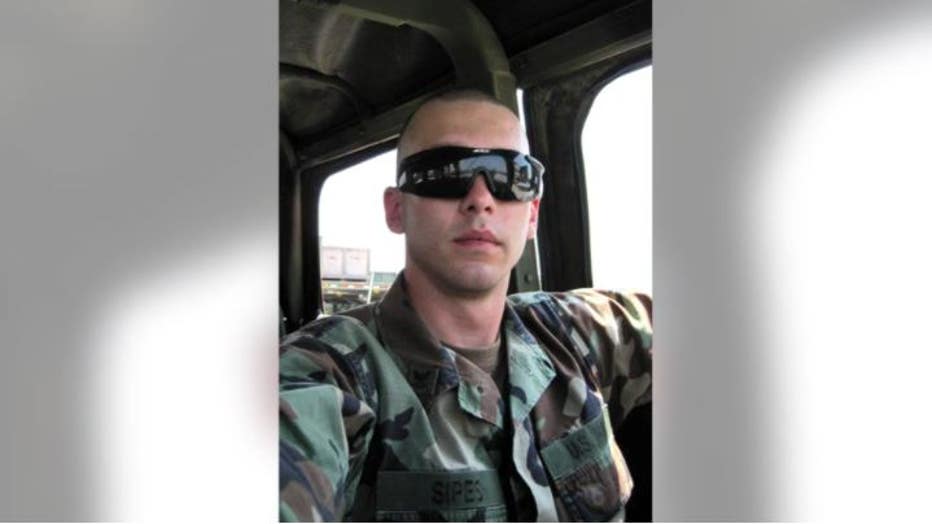 "Then you have a new generation that's coming [along], which has larger benefits when they lose someone," she said.

Gold Star Wives is fighting to enhance and improve the financial benefits for U.S military spouses and families today.

There is so much more work to be done on behalf of these families, she said. That is why, she emphasized, "every voice counts."

She urged all Americans to contact their elected leaders in Congress.

"It is one letter at a time, one email at a time" that makes a difference, she said. "It takes everybody doing that in order to be heard — a small army."