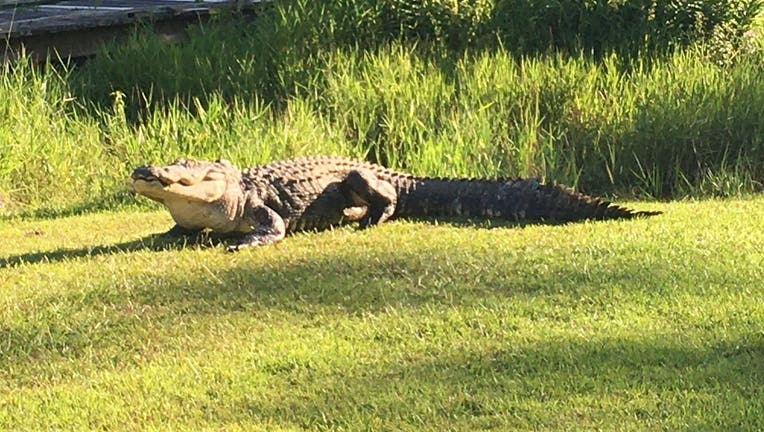 Okefenokee Joe, a beloved 11-and-a-half-foot alligator residing in the Okefenokee Swamp, passed away this summer.

Experts don’t know his exact age, but Georgia’s Coastal Ecology Lab said the gator is estimated to have lived in the swamp since World War II. The lab announced Joe’s death in a Facebook post.

"We are so grateful to have known him, for his contribution to science and the further understanding and preservation of his species," the post said.

Since June 2020, Joe had taken part in the lab’s satellite tag program — allowing researchers to track his movements. This past July, those GPS readings stopped.

"The tags cannot transmit to satellites if they do not have a clear view of the sky," the lab said. "Additionally, the tags do not float in the water and cannot communicate if they fall off and sink to the bottom of the swamp."

Researchers initially thought the tag had fallen off. But a method of manual tracking took them to a remote area of the swamp "that required some minor bushwhacking to reach."

Rescue crews saved an alligator that was found trapped in a storm drain in Miami-Dade, Florida.

They discovered Joe’s remains on Aug. 31. Experts estimate Joe passed away on July 20 due to old age.

"If not for the satellite tag he was wearing, we probably would be left wondering where this animal had gone or if he was still alive," the lab said.

The lab said Joe was a revered, dominant alligator in the swamp — one that "surely spread his love and seed" over the years. Using Joe’s tissue samples, researchers will attempt to identify his descendants.