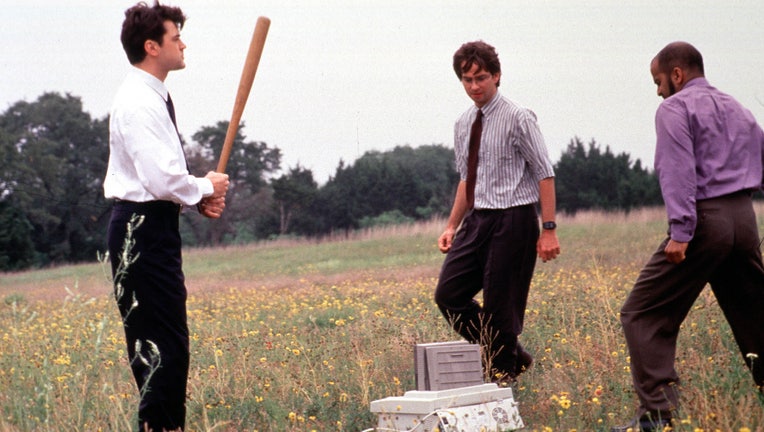 Some of the cast members from the cult classic movie "Office Space" have reunited for a Walmart Black Friday commercial that brings a whole new meaning to "a case of the Mondays."

The ad, posted on Walmart’s YouTube page, begins with the receptionist from the hit 1999 film answering the phone at Initech, the same company featured in the movie. As the receptionist repeats her "just a moment" lines, actor Gary Cole, who played insufferable boss Bill Lumbergh, walks in behind her.

Instead of picking up the dreaded "TPS" report off the fax machine, Lumbergh grabs a flier for a Walmart Black Friday ad. Ajay Naidu, who played the role of Samir in "Office Space," is then seen on a Zoom call with Michael Bolton — the real one! — before Lumbergh announces Hawaiian shirt day is moving to Monday.

The commercial ends with a special song verse from the real Michael Bolton and also features an appearance by actor Diedrich Bader, who played the role of Lawrence, Peter’s neighbor.

In March, Cole, who stars in the CBS series "NCIS," made an in-show reference to TPS reports during an episode of "NCIS."

"Old habits," he quips in the scene.