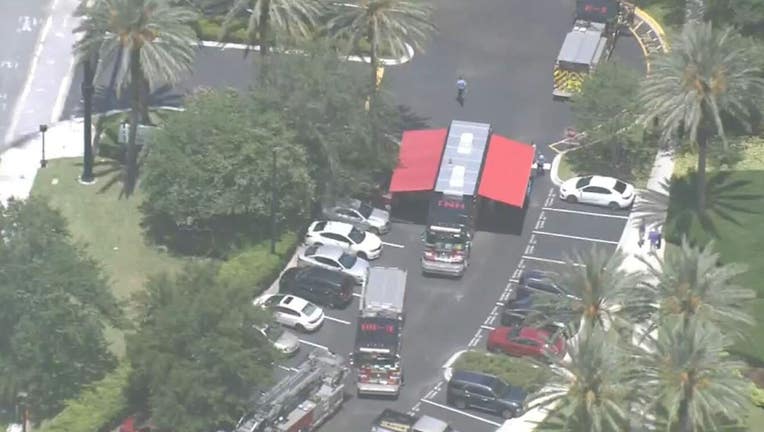 ORLANDO, Fla. - A cleaning product spill at a loading dock area on Hollywood Way near Universal Boulevard prompted an evacuation of the area Monday, according to the Orange Fire Department.

Officials say several OFD crews responded to the spill that was confined to a small area around 12:38 p.m.

Close to 10 people were assessed, but there were no injuries, a spokesperson for the fire department said.