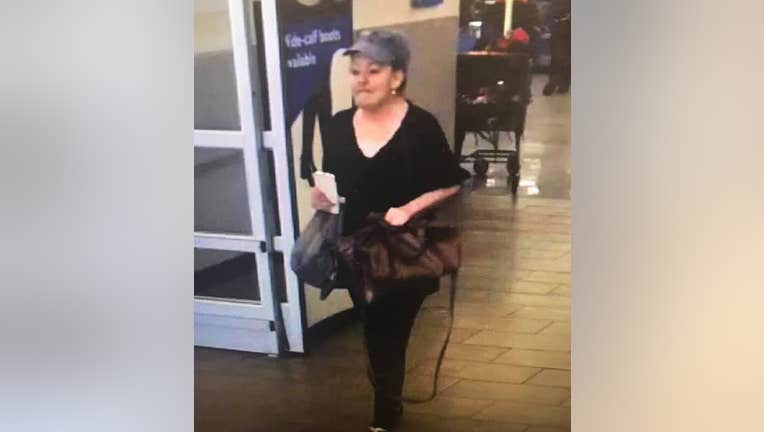 OCALA, Fla. - The Ocala Police Department is asking for the public's help identifying a woman they say stole an 84-year-old woman's purse at Walmart.

Officers say the suspect "took the purse of an 84-year-old elderly woman which contained her wallet while she bent over to grab a package."

RELATED: Deputies: Florida teenager arrested for throwing a 'bring your own booze and weed' homecoming party

The crime reportedly happened at the Walmart store on E State Road 40 in Ocala.

Police say the suspect got away with two wallets containing the victims debit and credit cards and about $50 in cash.