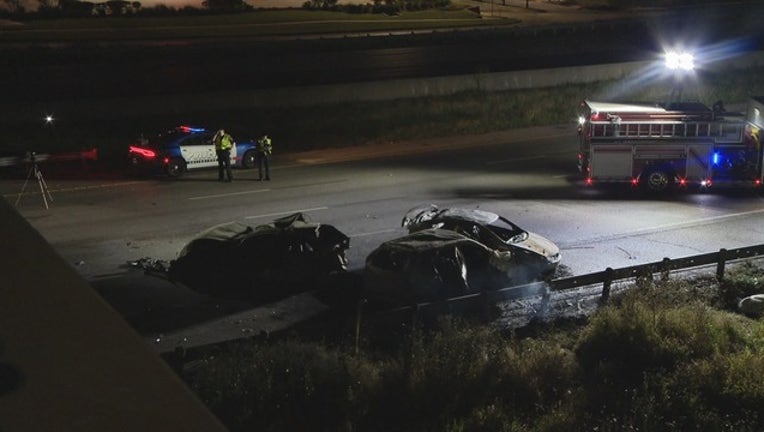 ARLINGTON, Texas - A Grand Prairie man is sharing how he's coping after losing three family members in a fiery crash that police say was caused by a drunk driver.

Patrick Beck Jr. lost his mother, father, and sister in the crash Thursday on I-20 in Arlington.

He says his sister was having car trouble and pulled onto the shoulder.

Beck says she called their mother and father for help.

The parents went to meet her, and when the father and sister were outside their vehicles, Beck says a driver slammed into the stalled car, causing all three to burst into flames, killing his father and sister, along with his mother who was waiting inside their car.

MORE: 3 die in fiery DWI crash on I-20 in Arlington

“We are making it through God. Nothing else. Not of our own strength. Not through our own might, through God. God still gets the glory at the end of the day,” Beck said.

Police say Jose Castro was driving drunk and caused the crash. He was treated for minor injuries after the crash.

Investigators are trying to determine where he was drinking beforehand.