ORLANDO, Fla. - We now have our 12th named storm of the 2021 Atlantic hurricane season.

Larry is expected to move west and then turn west-northweset. Maximum sustained winds have increased to 70 mph.

"Steady to rapid strengthening is forecast during the next couple of days, and Larry is expected to become a  hurricane tonight and a major hurricane by Friday," NHC said. 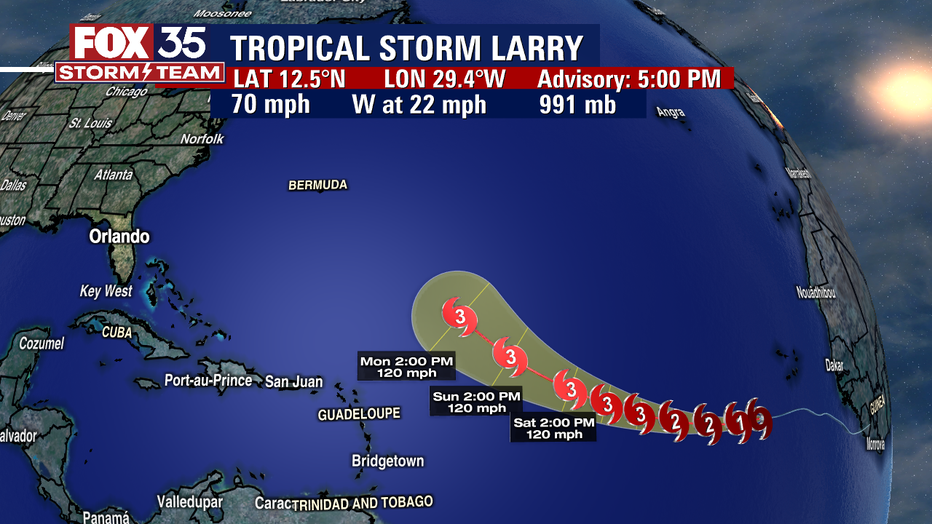 Forecasters are projecting that Larry will strengthen into a Category 3 hurricane on Saturday.

"It looks like it's going to be staying way out in the central Atlantic ocean which is good news for us in Florida," said FOX 35 Storm Team Meteorologist Kristin Giannas. 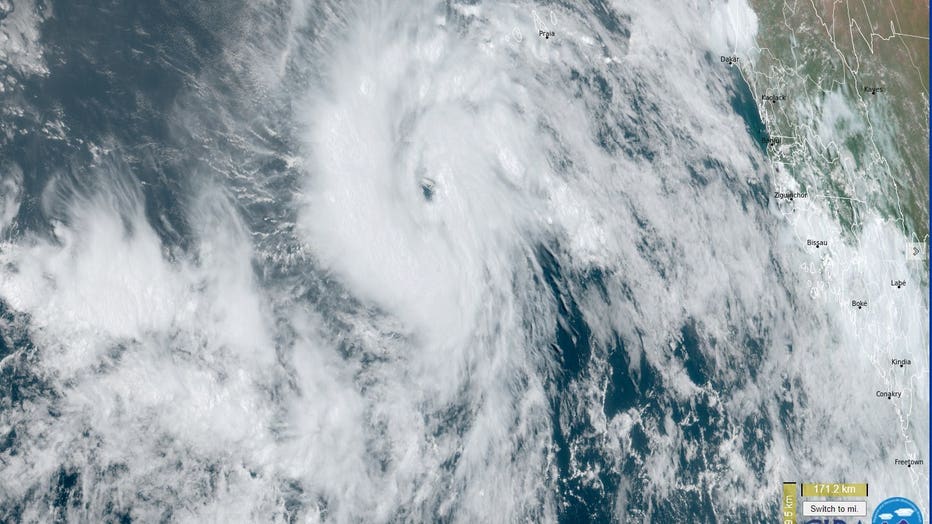 Tropical Storm Larry off the coast of Africa. {Courtesy: NOAA]

Meanwhile, forecasters are also watching an area of low pressure over the southwestern Caribbean Sea. The NHC said that the system will have another opportunity for gradual development in the southwestern Gulf of Mexico. Chances for further development over the next two to five days is at 30 percent.

NOAA updated its outlook on the 2021 Atlantic Hurricane Season, maintaining that it will be an above-average season. They predicted 15 to 21 named storms are possible, with seven to ten becoming hurricanes and three to five of those becoming major hurricanes, meaning Category 3 or higher.