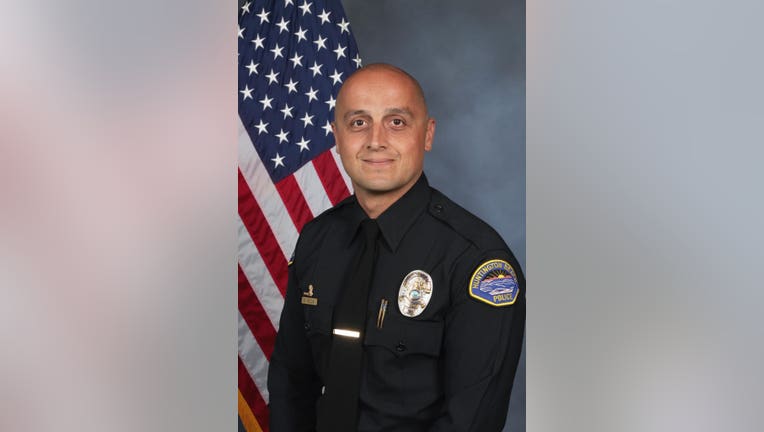 NEWPORT BEACH, Calif. - One officer was killed and another was critically injured when a Huntington Beach police helicopter crashed Saturday evening into the water in Newport Beach Harbor.

The crash was reported at 6:34 p.m., according to the Newport Beach Fire Department. The circumstances that led to the crash remained under investigation.

A 14-year veteran of the department, Nicholas Vella, 44, passed away from injuries he sustained during the crash.

A second officer, a 16-year veteran of the department, was extricated and rescued from the water before being transported to a hospital in critical condition.

The 50-year-old officer was released from the hospital Sunday morning. His current condition is unknown.

An emotional Huntington Beach police Chief Eric Parra described Vella as "truly dedicated to his job who loved what he was doing."

Miami Beach police released this video of a helicopter crashing into the ocean. Two people were sent to the hospital and are listed as stable condition. (Credit: Miami Beach Police)

"There are no words that can express this loss adequately," Parra said. "We are deeply grieving for Officer Vella’s family, and as a police department, we grieve as well."

Vella leaves behind a wife and daughter.

A procession was held Saturday night to honor Vella.

"This is a difficult night for all of us and I would ask for your prayers and support as we support our officers’ families," Parra said.

Several civilians and first responders jumped into the water in an attempt to rescue the two officers aboard the helicopter.

The helicopter was responding to a call of a fight in progress near 18th Street and Balboa Boulevard when it crashed.

The National Transportation Safety Board and the Orange County sheriff's Major Accident Investigation Team will investigate the crash, Parra said.