New video has been released in the Aiden Fucci murder investigation.

Prosecutors on Tuesday released a trove of video evidence in the first-degree murder case of Fucci, Bailey’s 14-year-old classmate charged with her murder. They say Bailey was stabbed 114 times.

The new video shows Fucci and Bailey, a 13-year-old cheerleader, walking just after midnight in the Durbin Crossing neighborhood of St. Johns County on the night she was stabbed to death, new documents state.

Over an hour later, Fucci is seen on the same surveillance camera running in the opposite direction of the woods where he allegedly stabbed Bailey to death, according to police. 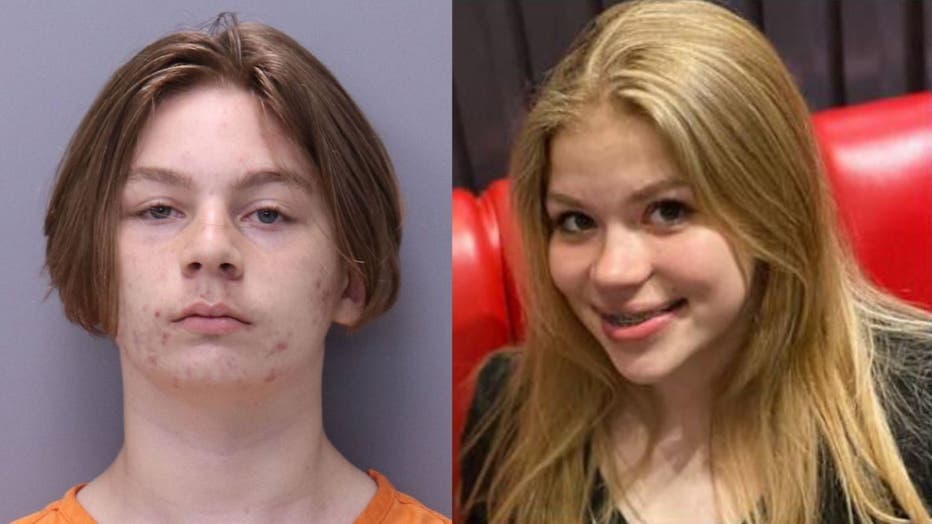 Bailey’s body was found May 9 in a wooded area 20 miles south of Jacksonville, hours after she was reported missing.

Prosecutors also released video of Fucci’s mother allegedly washing blood from his jeans. His mother, 35-year-old Crystal Smith, was charged with evidence tampering in June after turning herself in.

Snapchat videos of Fucci and a friend in the back of a police car after Bailey was reported missing were also released.

"We're having fun, in a f****** cop car," Fucci can be heard saying, before referencing Tristyn.

The mother of Fucci has been charged with tampering with evidence, according to a report.

In a report obtained by FOX 35 News, Crystal Lane Smith was arrested and booked into the St. Johns County Jail on charges of tampering with evidence, which is a 3rd-degree felony in Florida. She was later released on $25,000 bail.

New videos have been released of Aiden Fucci, the Florida teenager accused of murdering his classmate.

The arrest warrant states that Smith is seen on the video taking jeans that Aiden was supposedly wearing the night Tristyn was killed and washing them in the bathroom sink. Detectives located the jeans and report that they tested positive for the presence of blood.

Fucci pleaded not guilty in June and is being tried as an adult in the first-degree murder of Bailey.