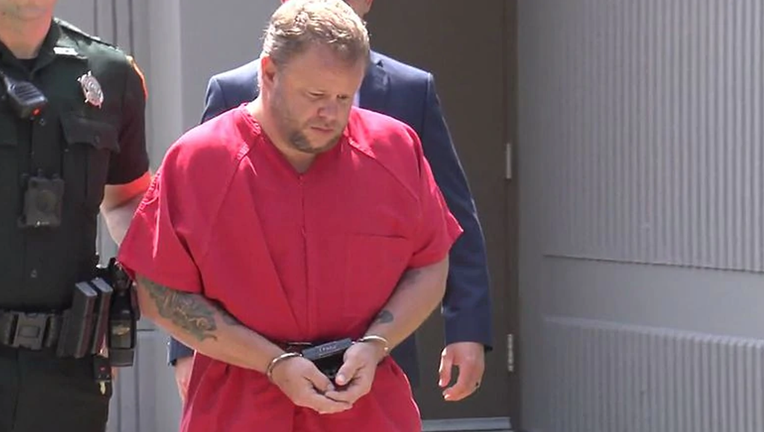 LAKE MARY, Fla. - New evidence was released on Thursday in the case of a Florida man accused of killing his wife and four children.

The Marion County State Attorney's Office released more information regarding the search and capture of Micheal Jones. Included in the release is a video of investigators closing in on Michael Jones hours before his capture in Brantley County, Georgia.

Witnesses called police after claiming to see a minivan driven by Jones.   A woman said after a police alert, she spotted the vehicle on a dark road and was able to get a license plate.  She tells officers she followed the vehicle for a short distance to make sure she had the right plate. She also noticed opaque plastic blocking the back window.

The information proved to be helpful in tracking down Jones. He was taken into custody in Georgia. Police said his wife's decomposing body was in the back of the vehicle.

Investigators believe Jones killed his wife over the summer in their Marion County home. They believe the children, two boys and two girls were killed around August and their bodies then dumped in the Georgia woods.