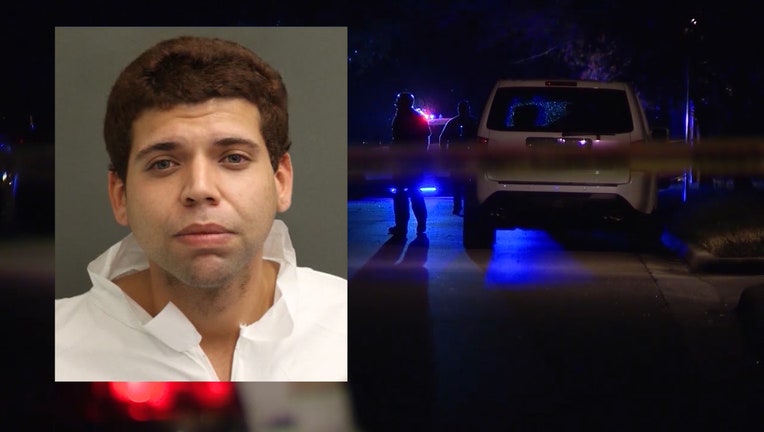 ORLANDO, Fla - An arrest report reveals details about how a son murdered his father over the weekend in Avalon Park.

Justin Taylor, 27, faced a judge Monday morning after he was arrested on second-degree murder charges. According to a report, Justin called his mother crying on Saturday afternoon and spoke about the "Illuminati." When his mother got to the family’s home, she found a trail of blood leading to the room of her estranged husband, Louis, where she found the 61-year-old stabbed to death.

The report stated Justin had been acting erratically the last three months. It said a friend picked Justin up earlier that afternoon. The friend told police Justin had a big gash in his hand when she picked him up and was saying things like, “they all have to pay,” and “it’s the end of the world.”