If you are looking for special items like hand sanitizer or toilet paper, there is an app tracking which stores have what.

ORLANDO, Fla. - An app created by Central Florida software developers lets people know when stores are out of items to help prevent overcrowding while shopping.

The app is called "WhatsInStock" and lets you know when an item is out of stock before you go into a store.

Two developers from the Central Florida area, Andrew Dushane and Matt Dupree, worked together to create the app after seeing the problem firsthand.

"That seemed problematic," Dushane said. "That people would have to leave their house, go to a potentially crowded grocery store to look for something and possibly not even find it."

They created the app in hopes of preventing people from going into stores if the product they were looking for wasn't there, as essentials are flying off the shelves amidst the pandemic. 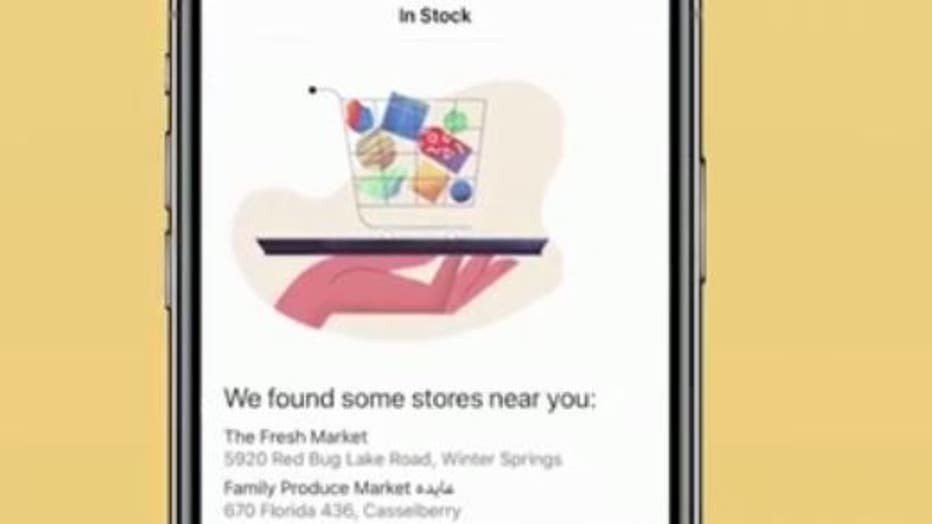 "We don’t want people to be exposed to the virus any longer than they absolutely have to in order to get what they need," Dupree said.

The app is based on user data.

When someone sees that a store is out of a product, they can report it on the app.

Then, the next person would open the app and see that the product isn't available at that time.

For the app to be at its best, more people need to use it to make reports.

So far, the developers say they have 3,000 downloads, a majority from the Orlando area, and they're hoping more people catch on.

"The more we can get the word out, the more people will have it, and the more useful it will be," Dushane said.

They're hoping their app can help keep people safe amidst the pandemic.

"If they’re able to kind of know what’s available near them and just kind of get in and out, and have what they need, that’s what we were trying to accomplish," Dupree said.

The app is free to download for iPhone users.

The developers are working on launching the Android version soon.