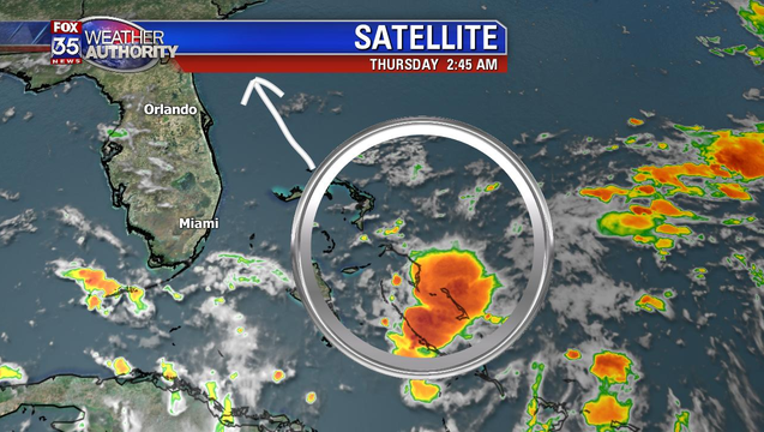 ORLANDO, Fla. (FOX 35 ORLANDO) - The National Hurricane Center (NHC) has increased the likelihood that a system near Florida develops.

According to the NHC, there is a system of shower activity associated with a trough of low pressure over the northwestern Bahamas. This system has become better organized since Wednesday and additional development is possible over the next several days.

They said that the system is moving northwestward toward the Florida peninsula at five to ten miles per hour. It will then turn northeastward off the southeastern coast of the United States.

Regardless, heavy rain is reportedly possible over south Florida during the next day or two. Formation chance through the next five days is at 30 percent.

Meanwhile, Tropical Depression Chantal is moving over the open north Atlantic but is not expected to touch Florida. It is weakening and is forecasted to degenerate into a remnant low on Friday.

For more on the tropics, visit ORLANDOHURRICANE.com.

You can also track the tropics using the Fox 35 weather app.