The four astronauts – Kayla Barron, Raja Chari, Tom Marshburn, and Matthias Maurer –  undocked from the International Space Station in the Dragon spacecraft they named Endurance at 1:20 a.m. Thursday as the station was flying over Australia.

On Nov. 10, 2021, the crew launched from the Kennedy Space Center in Florida into space on a Falcon 9 rocket and docked at the space station the following day.

During their nearly six-month science mission, according to NASA's website, they performed hundreds of experiments and technology demonstrations such as: testing new systems for growing crops, testing printing bandages made from skin cells directly onto a wound, as well as installing a new device to support studies on fire safety in microgravity.

Members of Crew-3 say it was hard to leave, but they are looking forward to seeing family and friends on Earth.

It took the crew about a day to return to Earth. 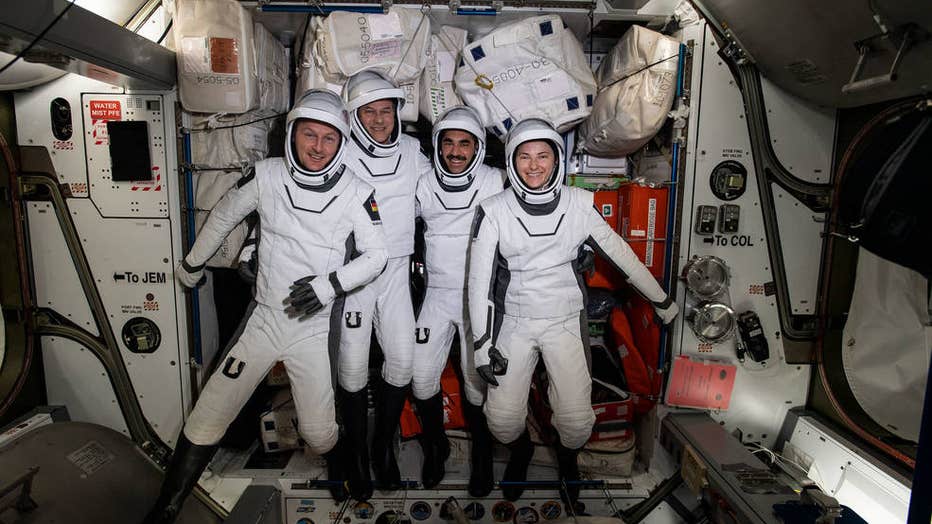