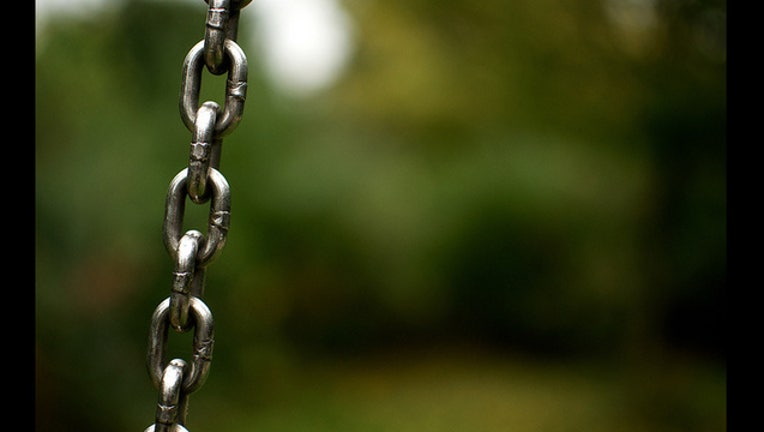 A Chinese mother reportedly is taking an extra step to make sure her son stays within reach after he apparently tried to run away -- twice.

A video that has gone viral on Chinese social media sites shows the 17-year-old boy with his feet and hands bound together by chains, parading through the streets of the eastern city of Yongkang – with his mother not far behind, The Beijing News reports. The mother -- who has not been identified -- is being sought by the local police, the South China Morning Post reports.

In the 90-second video, which was filmed by a bystander, the mother claimed her son had run away from work on two occasions and it had taken her a great length of time to locate him, according to the South China Morning Post.

“[I] am left with no other choice,” she says in the video. “He doesn’t want to work and has always wanted to run away. He hid at his friend’s apartment.”