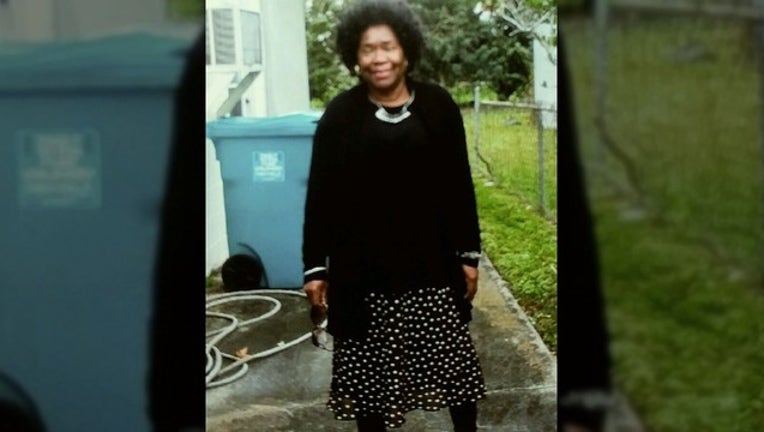 ORIGINAL STORY: Police in Altamonte Springs are searching for a missing woman who has a diminished mental capacity and is without her necessary medication.

The Altamonte Springs Police Department says that on Monday, officers responded to the Altamonte Manor apartments off Wymore Road in reference to a missing person, Christine McCray Patterson.

They say that Christine is 69-years-old and was last seen at midnight on Monday at her residence at Altamonte Manor apartments. She has a diminished mental capacity and her family is concerned for her well-being, as she is not in possession of necessary medication.

Patterson was reportedly last seen wearing a brown skirt with black tights underneath, a tan puffed shirt with flower designs, sunglasses, and an orange shower cap that she wears as a hat. She was also said to be carrying a 1960's style purse shaped like a moon with leopard print. She is about five-feet, six-inches tall and weighs approximately 169 pounds. She has black hair and brown eyes.

If anyone knows the whereabouts of Christine, please contact the Altamonte Springs Police Department at 407-339-2441 or dial 911.