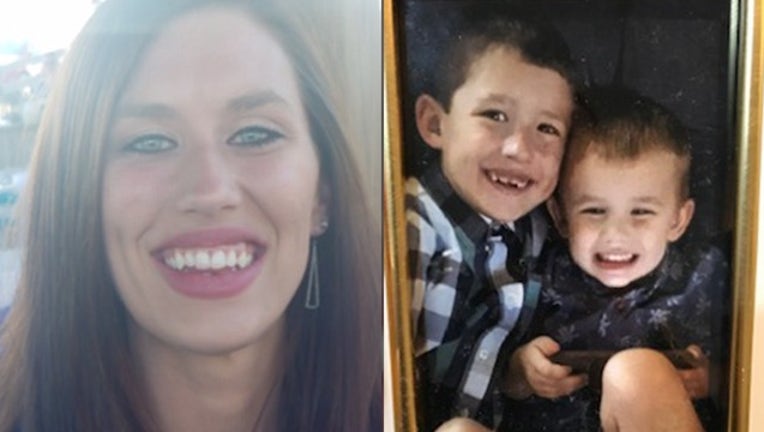 LAKE COUNTY, Fla. (FOX 35 ORLANDO) - UPDATE: The Lake County Sheriff's Office confirmed that Kimberlyn and her two sons have been found and are safe.

ORIGINAL STORY: A Florida mother and her two young children are missing.

The Lake County Sheriff's Office says that they received a report on Saturday night regarding missing 27-year-old Kimberlyn Morris and her two children, 6-year-old Zachary Lewis and 3-year-old Anthony Lewis. They were reported missing by Kimberlyn's mother late on Saturday night.

Her mother reportedly told deputies that Kimberlyn stated on Friday that she was going to leave her children with their father and then take her life. Kimberlyn then left the residence on Robin Drive in Fruitland Park. She was in a 2005 silver Toyota Matrix with Florida tag 8094 YP. Neither she nor the children have been seen since. She also could not be reached on the phone.

Anyone with any information regarding their whereabouts is asked to call the Lake County Sheriff's Office at 352-343-2101.