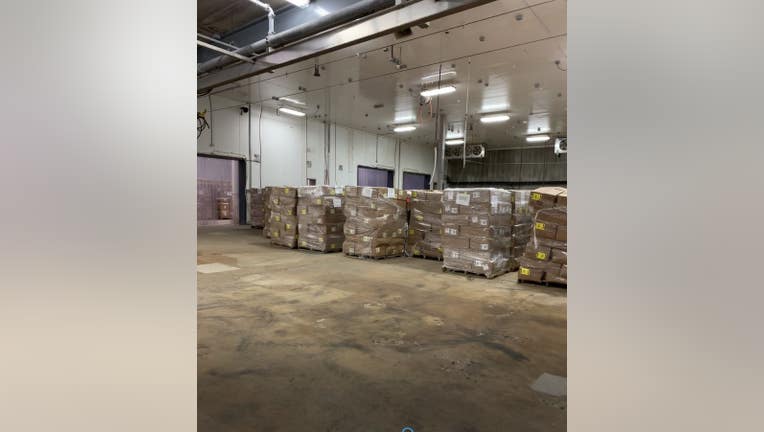 PPE piled up in the state of Minnesota's temporary morgue.

ST. PAUL, Minn. (FOX 9) - Minnesota has never stored a body in a St. Paul building that state officials bought for $5.5 million this year as a temporary morgue for coronavirus victims.

The building, which Minnesota purchased with federal money, has become a storage locker for personal protective equipment and testing supplies stacked many feet high. State officials have not ruled out using it as a morgue, but are now eyeing the facility to store future coronavirus vaccines.

Minnesota uses its coronavirus morgue - but not for bodies

Four months after Minnesota bought it, a planned morgue in St. Paul has never stored a body.

"I think it’s the most expensive way to store PPE to buy a very high-end building," said state Sen. Michelle Benson, who chairs the Senate Health committee. Benson, R-Ham Lake, has long been critical of the building purchase. "I'm certain the state has other buildings."

Minnesota bought the building in May at the height of the state's coronavirus deaths, when up to 30 people a day were dying. The state's restrictions on public gatherings led many families to delay burials, and funeral homes started backing up. Gov. Tim Walz and other state officials said at the time they were trying to avoid a crisis like one in New York this spring.

At the time of the purchase, Minnesota officials planned to spend $1.4 million to retrofit and operate the building as a morgue. But just $134,000 of renovations have happened, contracts provided to FOX 9 indicate.

Contractors have fixed parking lot lights, added a loading dock, repaired bathroom fixtures and removed some equipment inside, according to the contracts. The building sat empty for several months after former owner Bix Produce moved its food storage operations to Little Canada in 2019.

The state doesn't have any additional construction work in the pipeline, said Curt Yoakum, a spokesman for the state Department of Administration. Some roofing work and mechanical updates are anticipated, he said.

The state Department of Public Safety declined to allow FOX 9 into the facility "to ensure the security of the building." Benson and another Republican lawmaker, state Rep. Jim Nash, R-Waconia, said they were requesting a tour. 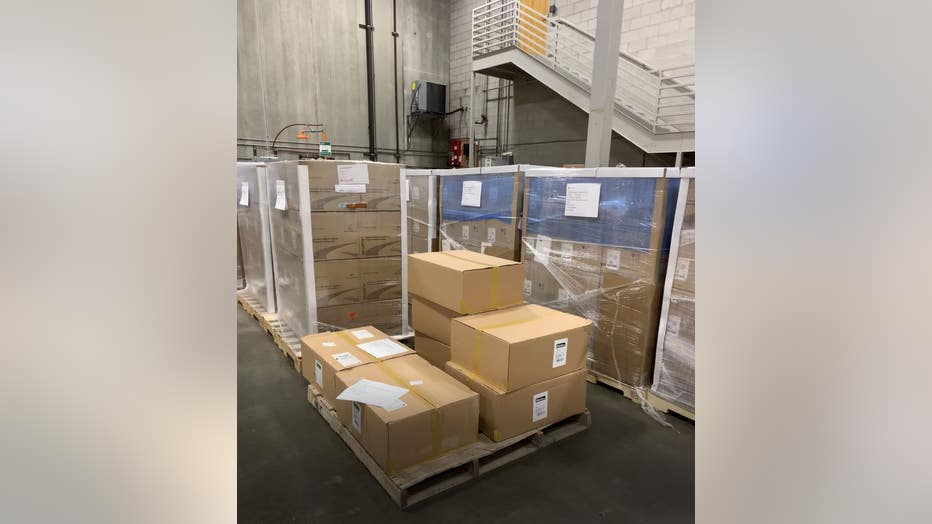 PPE stacked in boxes in a temporary morgue purchased by the state of Wisconsin. 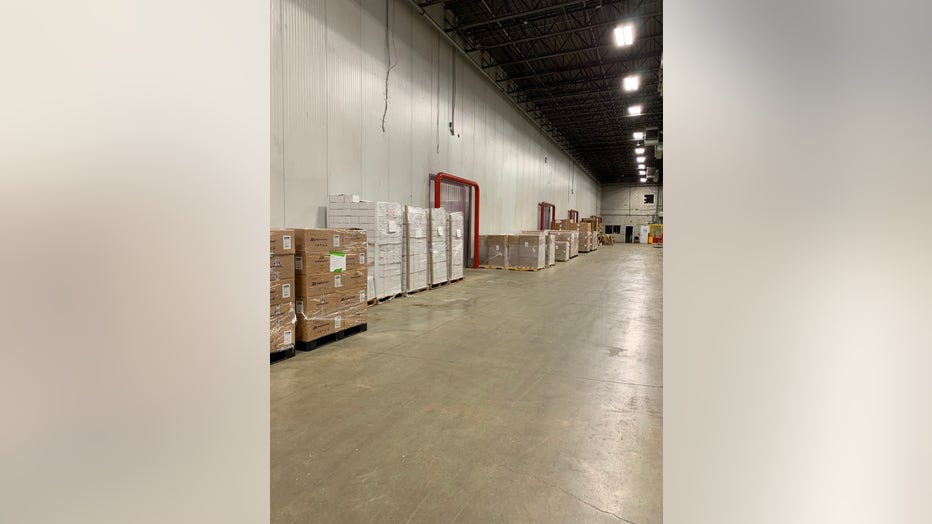 This temporary morgue, purchased by the state of Minnesota, does not have any bodies in it. 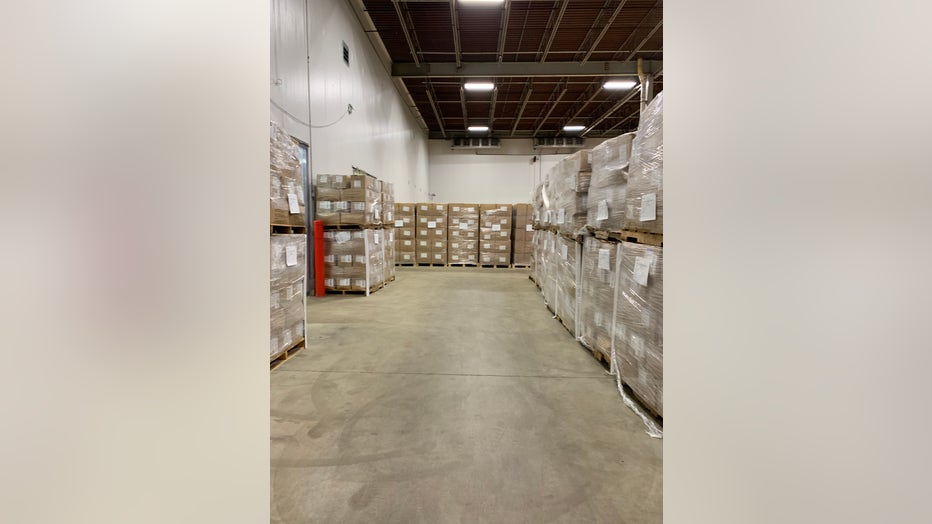 A temporary morgue purchased by the state of Minnesota is being used for PPE storage currently.

Several sections of the building could be used to store bodies, though none have ever been brought there, Schindeldecker said.

"The intention is to have it available as a temporary morgue if needed, and to store PPE, testing supplies and potentially vaccination supplies," she said in an email responding to FOX 9's questions. "At a minimum, the State of Minnesota will keep the building until the pandemic ends. This disease is unpredictable, so it’s prudent to maintain the ability stand up a temporary morgue until the danger passes."

State officials have said they could not find a building to lease because no property owner was interested in having their facility used for that purpose. Walz this month defended the purchase, saying he would make it again in the moment "every time."

"It was the right decision," Walz said in a Sept. 10 interview on Minnesota Public Radio. "I am hoping that building never sees someone in it. And if they want to complain to me about that, that is a far better situation than having people stacked in U-Hauls – I can guarantee you that."

This spring, the Walz administration got unanimous approval from a 10-member legislative panel set up to provide oversight on any purchases more than $1 million, records indicate. Benson, who was not on the panel, said lawmakers were given little information to base their decision.

"If the worst that was projected happened, there was a way to handle this without creating a permanent storage facility now," she said.