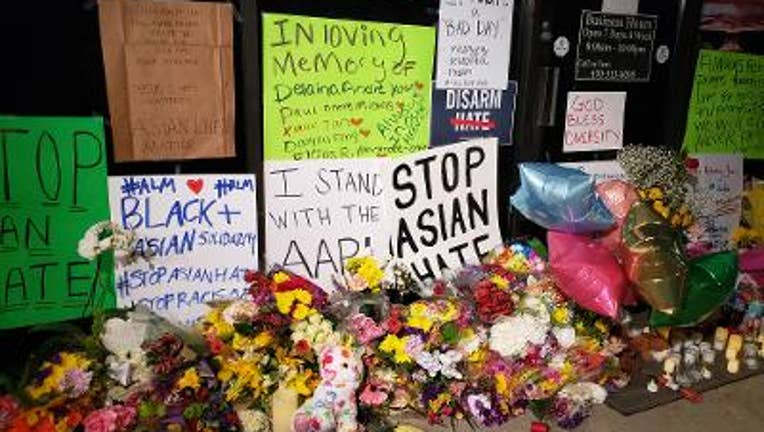 ATLANTA - Support has been pouring in from across the country for the victims of the deadly spa shootings in metro Atlanta on Tuesday. That includes millions in financial support for the families.

Eight people died at Youngs' Asian Massage, near Woodstock, and at Golds Spa and Aromatherapy Spa, in Atlanta, after investigators said a 21-year-old gunman went on a shooting spree.

A GoFundMe account set up by the two sons of 51-year-old Hyun Jung Grant, whose maiden name is Kim, has far surpassed its original goal of $20,000. As of 9 p.m. Friday, having only been up for 22 hours, the account more than $1.8 million.

More than 46,000 people have donated to fund and have posted messages of mourning, blessing, and comfort.

One of the sons posted to the page a statement that reads in part:

"And to those of you that have donated any amount of money. To put it bluntly, I can't believe you guys exist. People I will probably never meet, hear, nor express my thanks to."

The money will be used for basic living needs and to help lay their mother to rest.

"This doesn't represent even a fragment of how I feel. My mother can rest easy knowing I have the support of the world with me," the post concludes.

It was not immediately clear if any of the other victims of Tuesday shootings had accounts or fundraisers.