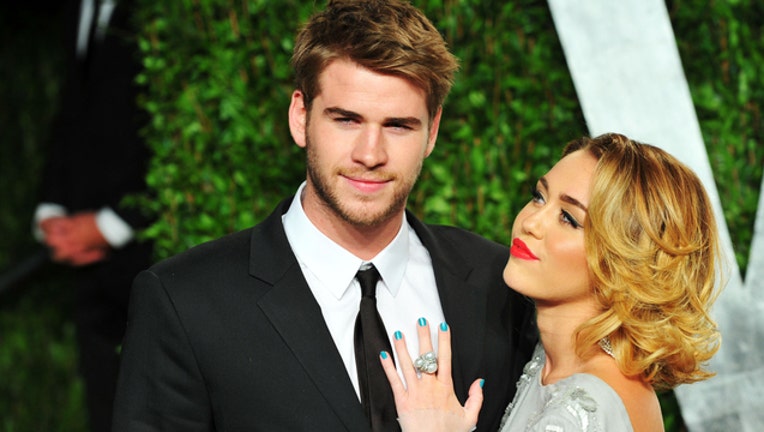 LOS ANGELES (AP) - Miley Cyrus and Liam Hemsworth appear to have tied the knot amid reports the couple got married in a secret wedding ceremony.

Cyrus posted three black-and-white photos of her and Hemsworth on the singer's Instagram and Twitter accounts on Wednesday. She captioned her photos writing "10 years later ..." and "12.23.18" , possibly indicating the day they exchanged vows.

The 26-year-old Cyrus shared another photo of her and Hemsworth kissing. He also posted a photo of them with words "My love."

In each picture, Cyrus is dressed in all-white while the 28-year-old actor is wearing a tuxedo with white shoes.

Cyrus and Hemsworth's representatives did not immediately respond to an email requesting comment.

The couple reconnected in 2015 after on-and-off relationship. They both starred in the 2010 romantic drama "The Last Song."