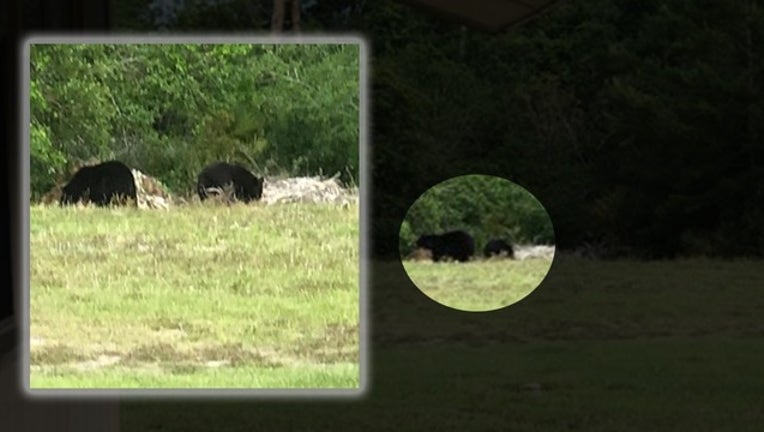 ORANGE CITY, Fla. (FOX 35 WOFL) - The Volusia County Sheriff's Office says that students at River Springs Middle School in Orange City were kept inside their classrooms on Thursday due to a potentially alarming situation: A mama bear and three cubs were spotted close by.

The school, located on W. Ohio Avenue, was reported to be on high alert for about two hours as officers the Florida Fish and Wildlife Conservation Commission (FWC) assessed the bears' visit.

The FWC told deputies that the bear family moved on shortly after 10 a.m. after foraging for food around campus for about two hours.

According to deputies, the bears were spotted around 8:05 a.m. not far from the portable classrooms. Teachers were instructed to keep students inside to avoid alarming the middle schoolers.

The bears' presence did not cause any serious problems and they moved on without any harm to anyone on campus or themselves.