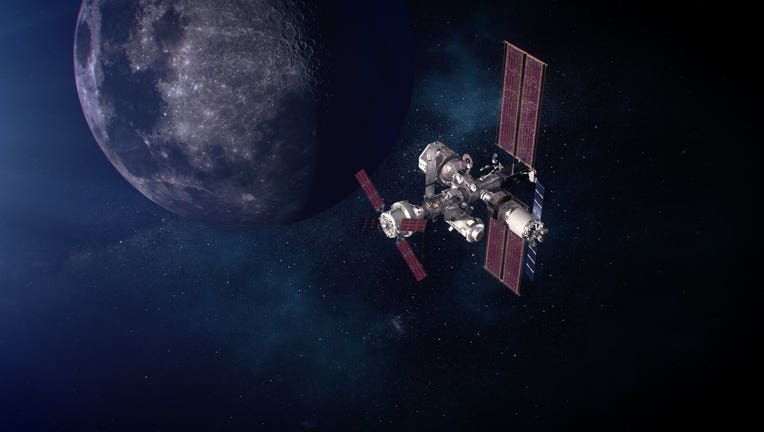 Before NASA astronauts return to the moon's surface, they will stop at an orbital outpost called Lunar Gateway, essentially a tiny space station above the moon.

However, the Gateway will be in a challenging orbit and to make sure a spacecraft can maintain this path, a small spacecraft will go first to try it out.

NASA's CAPSTONE spacecraft is scheduled to launch on June 13 on Rocket Lab's Electron rocket from New Zealand. The microwave-size spacecraft stands for Cislunar Autonomous Positioning System Technology Operations and Navigation Experiment, and it will test out navigating around the moon in a Near-Rectilinear Halo Orbit.

What's so special about this orbit?

This orbit will take CAPSTONE within 1,000 miles of one lunar pole and then 43,000 miles from the opposite pole at its furthest once a week. According to NASA, this halo-like orbit requires less propulsion for spacecraft flying to and from the moon versus circular orbits.

A near rectilinear halo orbit (NRHO) around the Moon takes advantage of a precise balance point in the gravities of Earth and the Moon to create a stability for long-term missions like Gateway. (Image Credits: Advanced Space)

Gateway is a crucial part of NASA's Artemis moon program, including the NASA's SLS rocket and Orion spacecraft and SpaceX's Starship spaceship.

"It goes without saying that we view the capstone mission as a whole, as a valuable precursor, not just for Gateway, which we talk a lot about for CAPSTONE, but also for Orion and the human landing system in the larger architecture," NASA's Exploration Mission Planning Office Chief Nujoud Merancy told reporters in a recent call.

"So that combination of two bodies and the sort of evolution over a seven-day orbit of which is more dominant is more impactful that really drives some of those operational complexities," CAPSTONE Principal Investigator and Advanced Space CEO Bradley Cheetham said. 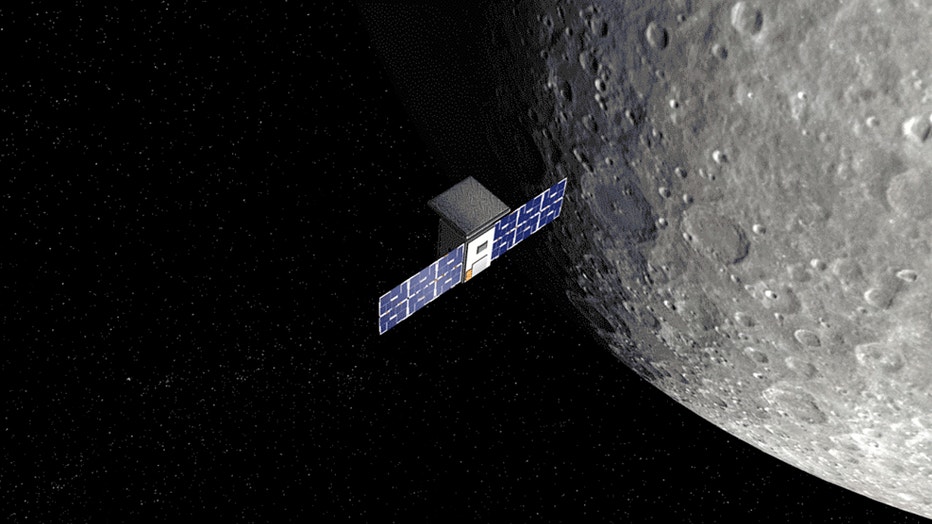 The CAPSTONE mission is planned for launch no earlier than June 2022. Rocket Lab’s Photon satellite bus will deliver CAPSTONE into a trajectory toward the Moon.Credits: Illustration by NASA/Daniel Rutter

What are the mission objectives?

The overall mission for the 55-pound spacecraft is considered a NASA technology demonstration mission and relatively cheap for space exploration at $19.98 million.

"The first is the first four letters of the acronym Cislunar Autonomous Positioning System. This is an advanced lunar navigation capability that, here at Advanced Base, has been in development for several years," Cheetham said. "We really see this as a foundation for future growth of operations at the moon, and supporting CAPSTONE has really gotten this system ready for flight."

Secondly, the spacecraft will perform a Technology Operations and Navigation Experiment, which makes up the second half of its acronym.

The navigation technology could lay the foundation for future operations around the moon. Advanced Space will be the third organization to fly in the unique orbit.

"We are focused here on demonstrating the ability to operate in these highly beneficial but also very unique orbits at the moon," Cheetham said.

How will CAPSTONE get into this orbit?

After launch, CAPSTONE will take three months to reach the moon and then orbit it for six months.

Rocket Lab's new Lunar Photon upper stage will inject CAPSTONE into the highly efficient transfer orbit to the moon. A Photon engine burn will help Photon escape Earth's orbit and head toward the moon. CAPSTONE will deploy from Photon and head to its final destination about halfway to the moon. Meanwhile, Photon will head out into interplanetary space.

CAPSTONE will use its onboard propulsion system to enter the Near-Rectilinear Halo Orbit (NRHO) on the final approach.

Cheetham said once in orbit, the spacecraft team will immediately begin learning how to operate in NRHO, which will benefit Gateway.

"A lot of what we're learning is about the operational realities of this type of flight. So what that means is we have to know how much ground tracking do we need to do to get an estimate of the spacecraft's orbit that is sufficient to maintain the orbiting station-keeping maneuvers to about once a week," Cheetham said. "Are there ways where we can automate some of that navigation on the ground and some of that maneuver design activity on the ground?"

NASA plans to land the first humans on the moon in over 50 years under the Artemis program in 2025.