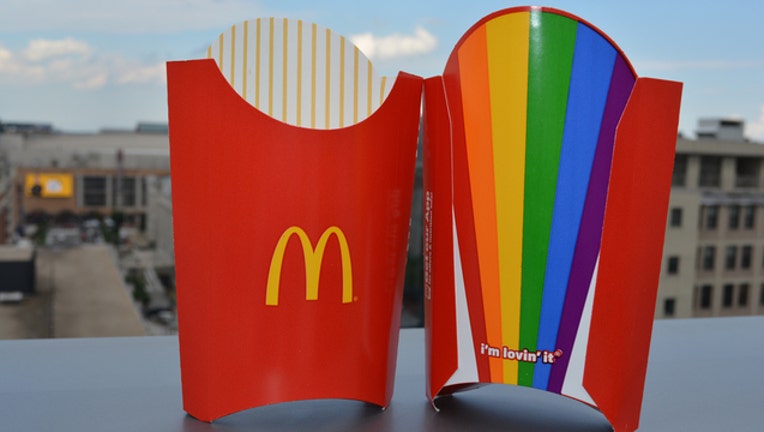 "The rainbow fry boxes are a fun way to show our support of the LGBTQ community using one of McDonald’s most iconic and recognizable items; however, these fry boxes are 'small potatoes' in the grand scheme of our commitment to this community," said Cathy Martin, co-chair of the McDonald’s PRIDE Network and Vice President/General Manager of McDonald's Baltimore Washington Region. "We are proud to honor and celebrate the LGBTQ community, including our employees, customers and beyond, each and every day."

McDonald’s will use the rainbow fry boxes from June 9 to June 11 – or while supplies last.

The company is a sponsor of Capital Pride, will sponsor the first-ever Capital Pride Block Party on June 10, and will have a float in the parade.