Law enforcement is looking for the suspect who pulled the trigger, wounding seven adults and one teenager on Friday afternoon at Mayfair Mall.

WAUWATOSA, Wis. - Wauwatosa police say seven adults and one teen were wounded after a shooting incident at Mayfair Mall on Friday, Nov. 20. The shooting happened shortly before 3 p.m. -- on the Macy's end of the mall.

When emergency personnel arrived on the scene, officials indicated the shooter was no longer on the scene. The perpetrator is at large at this time, officials said. Wauwatosa Police Chief Barry Weber said the suspect is described as a male, white, in his 20s or 30s. 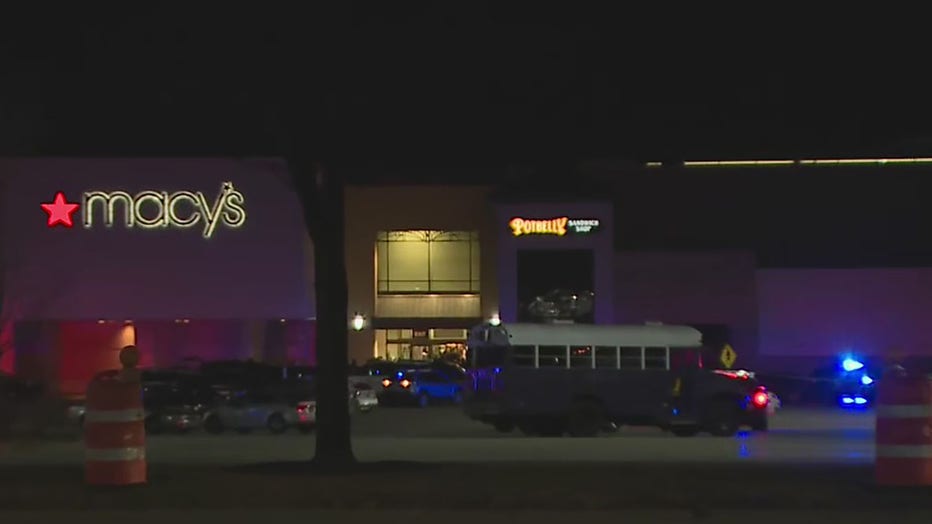 Late Friday,  Wauwatosa police tweeted saying, "The Mayfair Mall property has been cleared and is secure. Mayfair Mall management has indicated that the mall will be closed tomorrow, Saturday, November 21. Law enforcement personnel will remain at the mall into the night processing the scene." 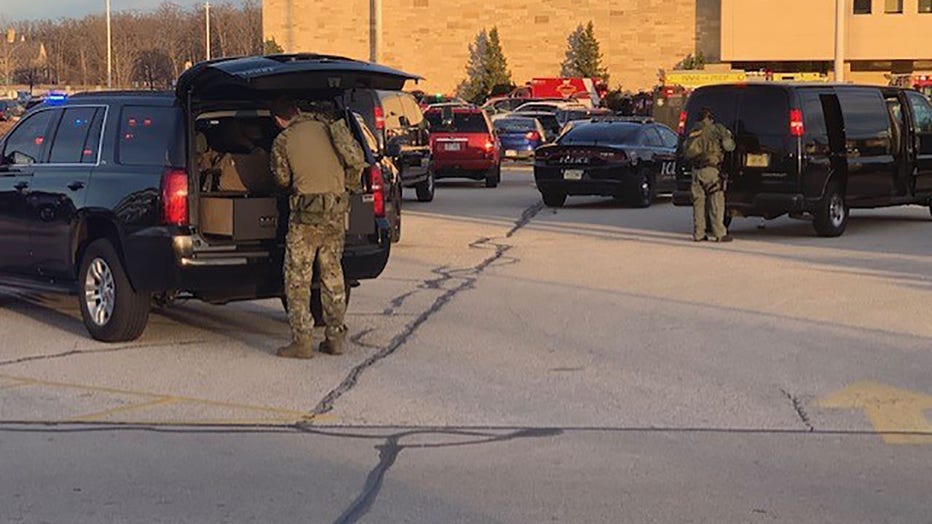 "Preliminary investigation has led us to believe that this shooting was not a random act, and was the result of an altercation. We will continue to work diligently to interview the many witnesses, as well as the victims who were injured, to identify and apprehend the suspect.

"Our thoughts go out to our community, especially those who were injured and affected by the incident today. Events like this shake a community, and we remain committed to protecting those who live in and visit Wauwatosa."

Wauwatosa Police Chief Barry Weber provided details about a shooting that unfolded at Mayfair Mall on Friday afternoon. The suspect is still at large.

As police and fire crews first arrived on the scene, so did loved ones of those inside the mall.

"When she called me, I could hear the shots," said Steve Humphrie, whose daughter works in the mall. "I was scared, I was nervous. Any father would be scared or nervous. I just tried to get here as fast as I could to try to get to her."

Police asked for patience as those in the mall were brought outside -- and later reunited with loved ones. 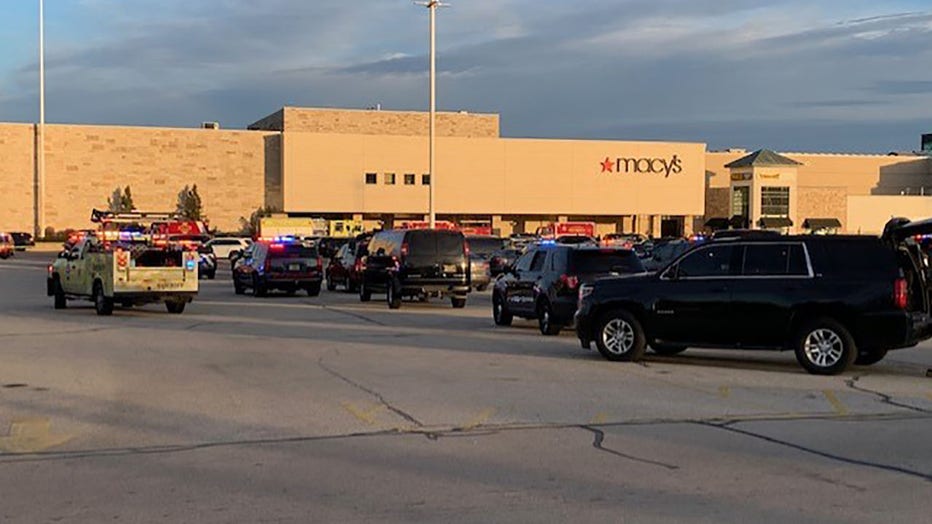 Mall owner Brookfield Properties said in a statement they were “disheartened and angered that our guests and tenants were subject to this violent incident today.” They declined further comment.

Reaction to the mall shooting

"Our hearts go out to those who were injured in the shooting at Mayfair Mall today. Kathy and I are thinking of them and their families and wish them a full and speedy recovery.

"We are also thinking about all the customers and workers affected by this act of violence and are grateful for the first responders who helped get people to safety. As we learn more, we offer our support for the entire Wauwatosa community as they grapple with this tragedy."

"In an unprecedented year for gun violence across the country we are faced with yet another tragic and preventable mass shooting. Our thoughts are with the victims, staff, shoppers, and everyone impacted by this incident. We commend the quick actions of mall staff and first responders in assisting families to safety and the life-saving efforts of the trauma unit at Froedtert Hospital.

"The impact of gun violence stretches far beyond those killed or injured but impacts their families, friends, co-workers, and entire communities. These events can be especially traumatic for children and youth.

"If there are any families in need of counseling support for children or teens that may have been in the mall at the time, we encourage them to contact the Milwaukee Trauma Response Team at 414-257-7621.

"The Trauma Response Team is a partnership between the City of Milwaukee Office of Violence Prevention and Milwaukee County’s Child Mobile Crisis Team to support children and youth exposed to violent or traumatic incidents in our community."

"I am profoundly shocked by the shooting this afternoon that left eight people wounded inside Mayfair Mall. The senseless burst of gunfire inside what we know is one of the busiest and most popular malls in the region is deeply disturbing, and tonight I offer thoughts of sympathy and healing to the victims.

"I ask that citizens offer help and comfort to the victims during their time of recovery and healing from their injuries. According to Wauwatosa Mayor Dennis McBride, it appears that thankfully, none of the victims appear to have life-threatening injuries. With the number of shots that were fired inside the mall (according to witnesses), the fact that no one was killed is by sheer, blind luck.

"Wauwatosa Police – with the assistance of law enforcement partners from throughout the area, including Milwaukee Police and the FBI – are investigating the shooting and what exactly transpired. As of this writing, the person believed to be the shooter is still at large.

"Anyone with information about today’s shooting is urged to contact Wauwatosa Police at (414) 471-8430."

"I have been closely monitoring the active shooter situation at Mayfair Mall today. I appreciate the work of the first responders, law enforcement, and local officials responding to this situation, and our health care professionals at Froedtert Hospital, and Children’s Wisconsin, who are caring for our gunshot victims.

"My concern is with those injured, their loved ones, and all those exposed to the violence. It is important to understand the psychology of the ripple effect of those injured, and those exposed to violence. These incidents produce trauma that is critical to acknowledge, to address. We need to ensure access to trauma support. The violence doesn’t disappear when the incident concludes.

"As details continue to come in, one thing is clear: an act of evil has been perpetrated on our community. I join all Tosans in praying for the recovery of those injured and for their loved ones. I thank the Wauwatosa Police for their quick response, and I am confident they will bring the individual responsible for this horrendous crime to justice." 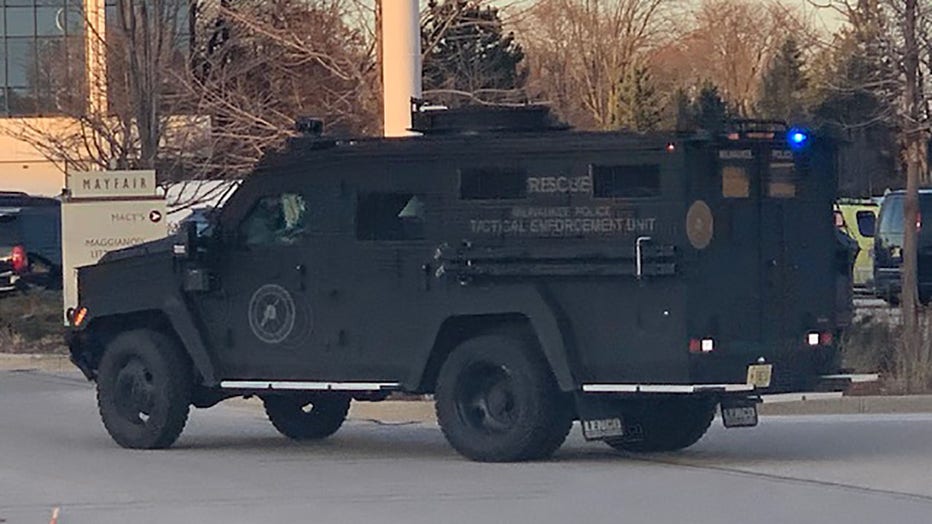 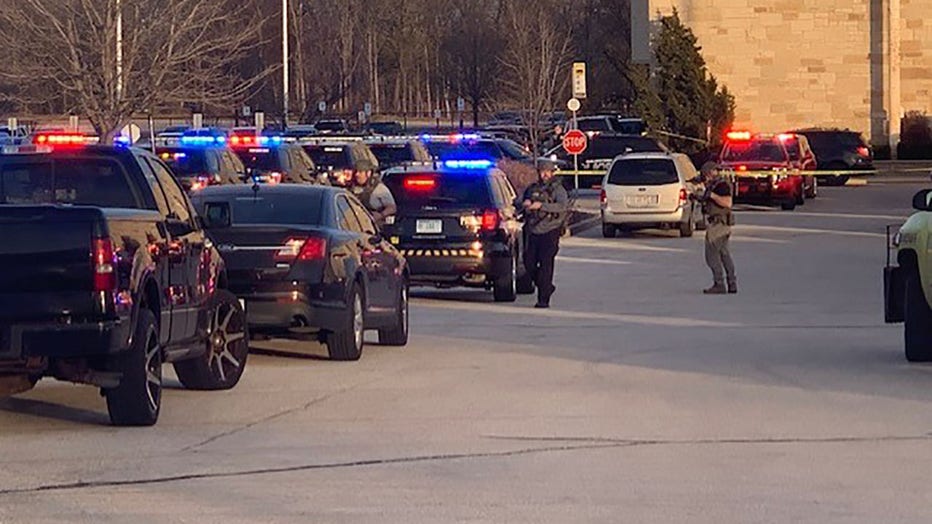 Mayfair Mall was the site of a February shooting in which a city police officer, Joseph Mensah, shot and killed Alvin Cole, a Black 17-year-old. Police said Cole was fleeing from police; Mensah, who is also Black, said he shot Cole because Cole pointed a gun at him. The mall was the target of sporadic protests over several months in the wake of the shooting.

The Milwaukee County district attorney declined to file charges against Mensah, but the city this week agreed to a separation agreement in which Mensah will be paid at least $130,000 to leave the force.