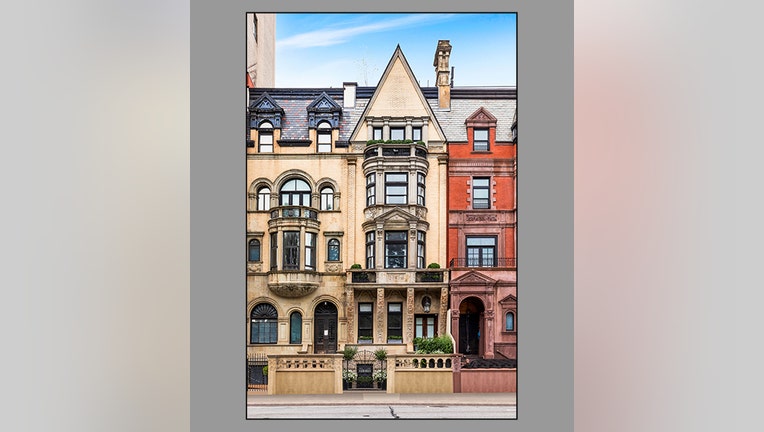 248 Central Park West on the Upper West Side of Manhattan sold for $26 million. (Photo by Anton Brooks for The Corcoran Group)

NEW YORK - A townhouse in Manhattan more appropriately labeled a mansion has sold for a huge chunk of change, setting a real estate record for its neighborhood.

For all this luxury, the unidentified buyer is paying $26 million, which is a record for a townhouse on the Upper West Side, according to The Corcoran Group, despite being $4 million under the original listing price.

But what is called the "wellness center" quite possibly turns the concept of a "finished basement" on its head. The 1,875-square-foot space features a 60-foot heated lap pool, whirlpool spa, Finnish sauna, and hydrotherapy steam shower. (Story continues)

248 Central Park West on the Upper West Side of Manhattan sold for $26 million. (Photo by Anton Brookes for The Corcoran Group)

This excerpt from the listing showcases more of the home's "elegance and grandeur":

In 2018, The New York Times reported that the owners at the time had purchased it in 2004 for $7.5 million and spent $10 million on renovations. They then put the townhouse on the market for $29 million. However, the home may have sold for much less after several price drops — about $16.3 million — in 2019, according to some real estate listing sites.