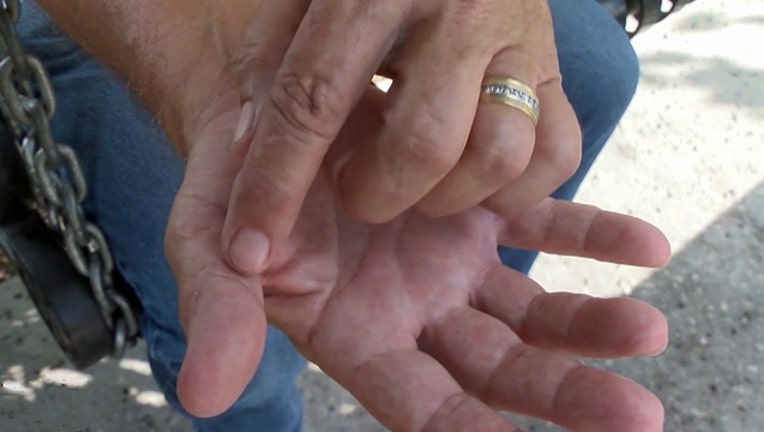 WINTER GARDEN, Fla. (WOFL FOX 35) - The Florida Department of Health in Orange County reports that a Winter Garden man is undergoing treatment for rabies, after coming into contact with a raccoon that tested positive for the illness.

The man asked not to be named, but he told FOX 35 on Tuesday that the animal showed up in his backyard last Wednesday afternoon and attacked his cat.

"I reached down to grab the cat, and the raccoon grabbed me and bit me,” he said, showing the multiple bite marks still visible on his right hand and wrist.

The man said local animal control officers were able to capture the raccoon.  Originally, he said he did not plan to pursue any medical treatment for the bites, but his doctor advised that he go to the hospital immediately.

For humans, rabies usually requires about four rounds of shots, but without treatment, experts say it can be fatal.  Sure enough, Florida Health confirmed that the raccoon did have rabies, so the man and his cat both began treatment.

Health officials had put out a rabies warning for the southwestern area of Orange County last week, because it was believed a raccoon there may have infected several other stray animals, but they don’t believe one will be issued in the Winter Garden case.  Still, a representative for health department urged residents everywhere to be cautious, not approach wild animals, and report to animal control if they see nocturnal animals like raccoons out during the daylight hours.

If you are bitten, they advise that, like the man in Winter Garden, you seek medical attention right away.