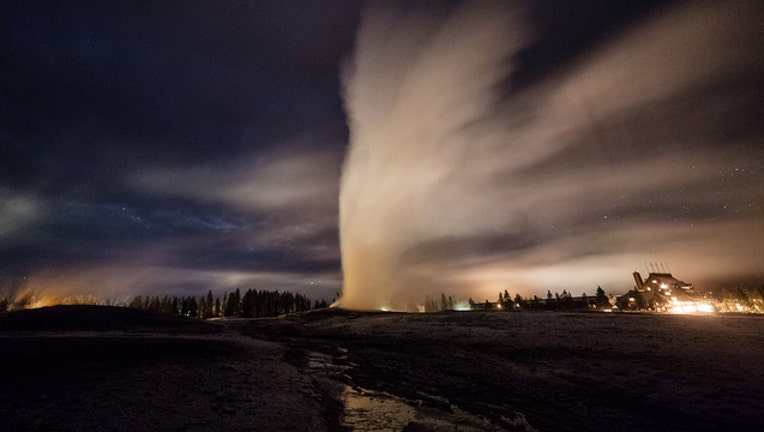 Cade Edmond Siemers, 48, a U.S. citizen living in India, suffered severe burns to a “significant portion of his body” after he fell into thermal water near the famous geyser, the release said. (Photo by NPS / Jacob W. Frank)

YELLOWSTONE, Wyo. - A man suffered severe thermal burns after falling into a hot spring near the cone of Old Faithful Geyser at Yellowstone National Park on Sunday, according to a release from the National Park Service.

Cade Edmond Siemers, 48, a U.S. citizen living in India, suffered severe burns to a “significant portion of his body” after he fell into thermal water near the famous geyser, the release said.

Rangers and paramedics responded to the Old Faithful Inn at midnight where Siemers was staying, the NPS said. He told rangers that he had gone for a walk on a boardwalk without a flashlight and tripped into a hot spring. Then he got himself back into his hotel room and sought assistance.

Rangers detected evidence of alcohol use, according to the NPS.

An ambulance rushed Siemers to the West Yellowstone Airport, where he was flown by fixed-wing plane to Idaho Falls, the NPS said. Bad weather conditions prohibited the use of a life flight helicopter at Old Faithful.

Siemers was admitted to the Burn Center at Eastern Idaho Regional Medical Center.

Since rangers were not at the scene of the incident Sunday night, they went out Monday morning to investigate in the thermal area, according to the release. They discovered several items near the geyser: the man’s shoe, hat and a beer can. Rangers also discovered footprints going to and from the geyser, as well as blood on the boardwalk.

Investigations continued on Monday, which included assessment of any damage to the geyser cone, the NPS said. The results of the investigation will be forwarded to the United States Attorney’s Office for prosecutorial review, the agency said.

The ground in hydrothermal areas is fragile and thin, and there is scalding water just below the surface, according to the NPS.

“Visitors must always remain on boardwalks and exercise extreme caution around thermal features,” the NPS said.

Sunday’s incident is the first serious injury in a thermal area in two years, according to the agency.