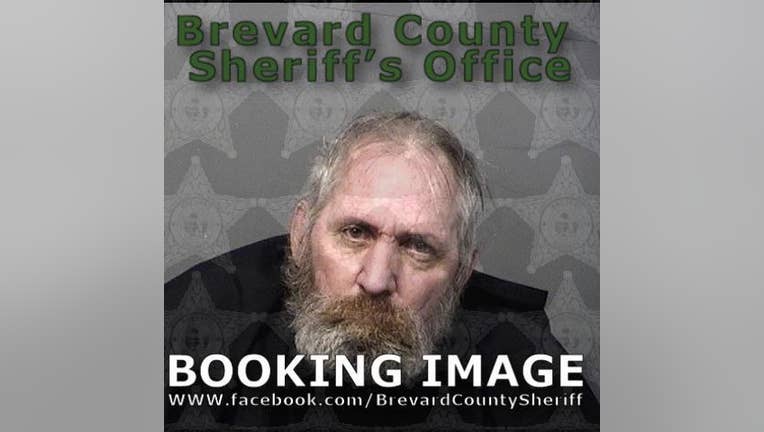 TITUSVILLE, Fla. - Police say an argument over a TV remote control ended with one man being stabbed in Titusville.

Christopher Glynn, 54, was arrested on Monday. He's facing a charge of aggravated battery with a deadly weapon.

According to a police report, investigators responded to an apartment unit on Knox McRae Drive. That's when they found the victim with stab wounds. Police say the man, identified as Robert Baker, was outside the apartment with wounds to his arm and leg.

His injuries were said to be non-life threatening.

Officers made contact with Glynn, who was still inside the home, through a landline. Glynn responded that he was unable to come outside because of a disability, the report states.

When officers went inside the apartment, they say Glynn was on the couch with a sword. Glynn was arrested. Police say he confessed to stabbing the Baker, stating that if he had better aim he would have ‘gut him.’

The victim reportedly told police that he and Glynn were drinking when they got into an argument after Baker called Glynn selfish for hogging the remote. The argument escalated and eventually led to the stabbing, officers say.