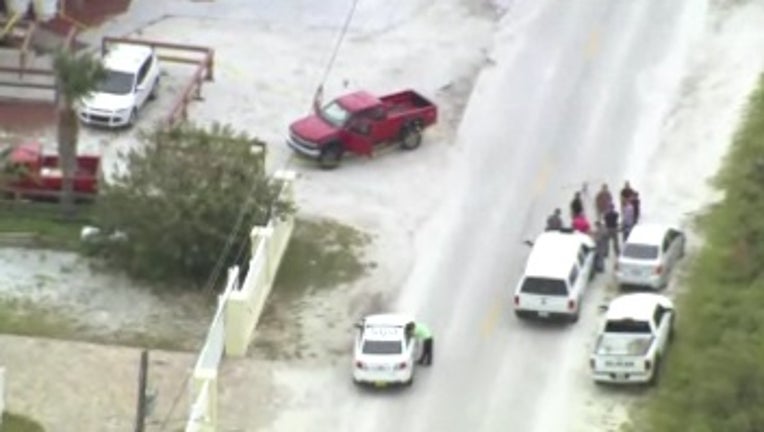 OAK HILL, Fla. - Volusia County deputie say a person was stabbed to death outside of a seafood restaurant in Oak Hill.

It happened at around 7:30 a.m. on Friday at the Goodrich Seafood restaurant on River Road.

Deputies say Neal Goodrich Jr., 50, left the area after he was stabbed in an altercation.

They say he is the son of the restaurant's owner.

Officials say Goodrich was taken to the hospital, where he was pronounced dead a short time later.

Deputies say the are interviewing a woman accused of stabbing the man.