Police say a 10-year-old child was shot and killed and an infant was wounded in a shooting in Daytona Beach early Thursday.

DAYTONA BEACH, Fla. - Police say a 10-year-old child was shot and killed and an infant was wounded in a shooting in Daytona Beach early Thursday.

According to Daytona Beach Police, this happened at a home near Center Street and Brentwood Drive around 5:40 a.m.

The 10-year-old boy was reportedly shot in the chest and died at Halifax Health Medical Center. The infant, a 5-month-old girl, was shot in the wrist. That child is being treated at Arnold Palmer Children's Hospital in Orlando.

The suspect, 37-year-old Terrance H. Young, fled the scene in a blue Land Rover SUV by the time police arrived. He was found and taken into custody reportedly in 30 minutes. Daytona Beach Police Chief Craig Capri in a news conference on Thursday said that it appeared the man was on drugs.

"He was taken into custody without incident, but he was babbling, acting incoherent, and appeared to be on some kind of narcotics or something," he said. 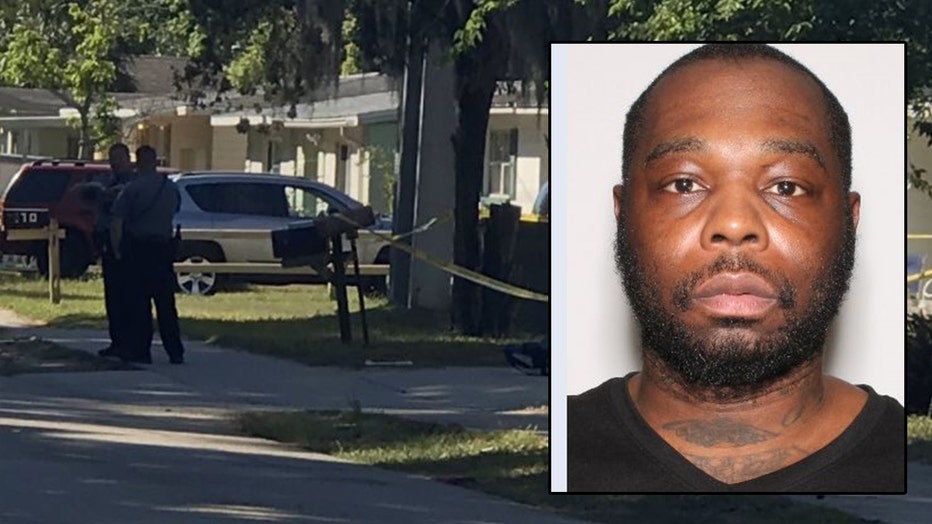 Chief Capri also said that Young used an AK-47 to shoot the children.  There reportedly does appear to have a domestic connection between the man and the family.

"I told her to get that guy out of the house, she wouldn’t listen," said Antonio Harrison, who said he was the mother's uncle.

The children were confirmed to not Young's kids though.

Police say prior to this incident, Young had warrants for his arrest out of Volusia County for fleeing and eluding and Miami-Dade County for a probation violation on aggravated stalking. Authorities say those incident are unrelated to the one on Thursday.

Authorities are urging families to watch their children and who they let into their lives.

"You must watch who you associate with, who you bring into your homes," said Cynthia Slater, president of the local NAACP chapter.

Young is currently in custody on the warrants and charges are pending.

"We're going to do everything we can to prosecute him to the full extent of the law and I hope he gets what he deserves," Chief Capri said. "He's a typical street thug. That's what he is."

Police said that the man appears to have a domestic connection between the man and the family.