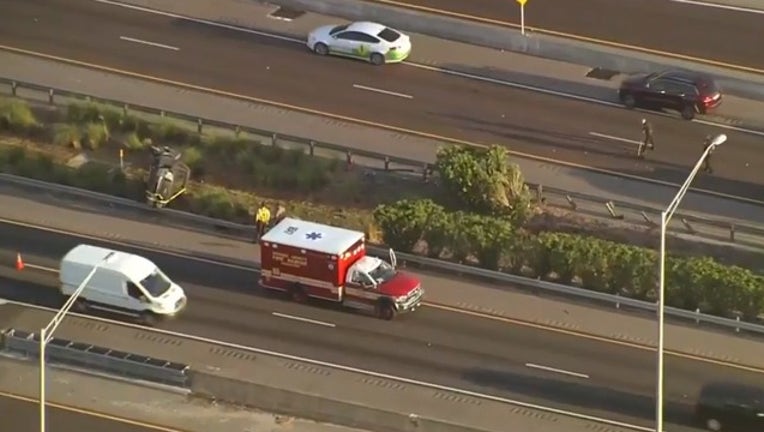 ORANGE COUNTY, Fla. (FOX 35 ORLANDO) - A Kissimmee man is dead after a crash early Tuesday morning on the Florida Turnpike in Orange County.

According to the Florida Highway Patrol, the 27-year-old man was driving northbound on the Turnpike near State Road 417 just before 3:00 a.m. when for an unknown reason, he lost control of his car and struck the barrier wall. His vehicle reportedly overturned several times, causing him to be ejected on to the roadway.

A semi-truck traveling northbound on the Turnpike saw the man's vehicle partially blocking the left lane but did not see the driver laying in the road and ran him over.

All northbound lanes near the scene were shut down for hours Tuesday morning but reopened just before 8:00 a.m.