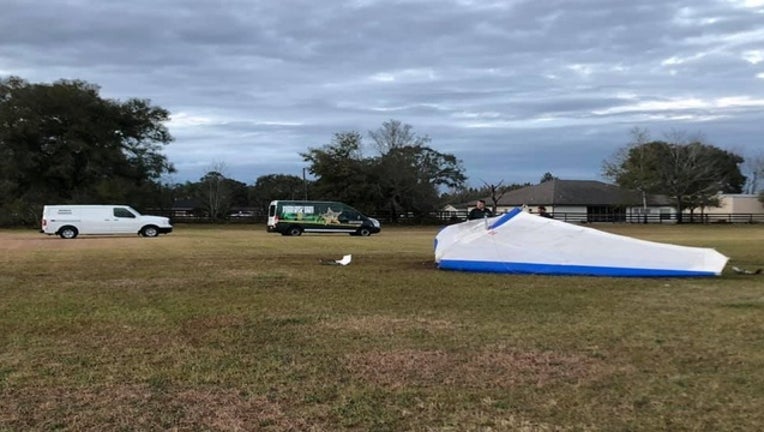 ANTHONY, Fla. (WOFL FOX 35) - The Marion County Sheriff's Office and Marion County Fire Rescue were on the scene of a plane crash in Anthony on Saturday.

Officials say they discovered an ultralight glider aircraft crash near the runaway at the Jumbolair Airport, located on west Anthony Road.

A spokeswoman for the sheriff's office says a male pilot was found dead at the scene of the crash.

On Sunday, the pilot was identified as Parrish Price, 56, of Ocklawaha.

The National Transportation Safety Bureau and the Federal Aviation Administration are investigating.