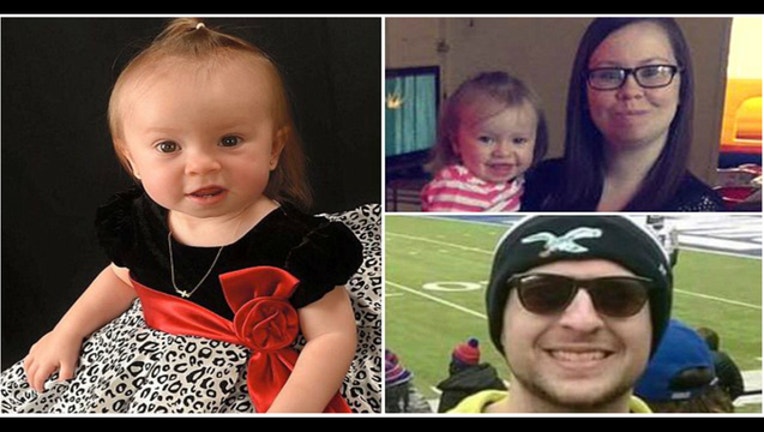 GLOUCESTER, N.J. (AP) - A man physically and sexually assaulted his new girlfriend's 2-year-old daughter before she died, and the couple waited an entire day to seek medical treatment while twice going shopping at a mall, investigators said Friday.

Michael Disporto Jr., 22, of Manahawkin, was charged Thursday with murder and first-degree aggravated sexual assault. The girl died Tuesday from blunt-force trauma to the head. He was being held on $1.5 million bail.

The girl's mother, 26-year-old Amber Bobo, was charged with second-degree endangering the welfare of a child. It wasn't immediately clear if Disporto and Bobo had attorneys to comment on their behalf.

In between, the three went to a nearby mall, where the girl began vomiting. They took the girl back to Bobo's home, where she vomited again before the three returned to the mall, investigators said. They shopped until around 3:30 p.m., then returned home again.

After the girl vomited for a third time and her eyes rolled back into her head later that afternoon, Bobo told Disporto that she wanted to take her daughter to the hospital, investigators said. But Disporto said the girl was "just tired" and told Bobo he would never see her again if she took the girl in, investigators said.

She finally called 911 at 6 p.m. and the girl was taken to the hospital, where she required brain surgery. She also had a fractured arm, pulmonary contusions and genital injuries. She died two days later.

Disporto said the toddler received the injuries by falling in the park the night before, investigators said.