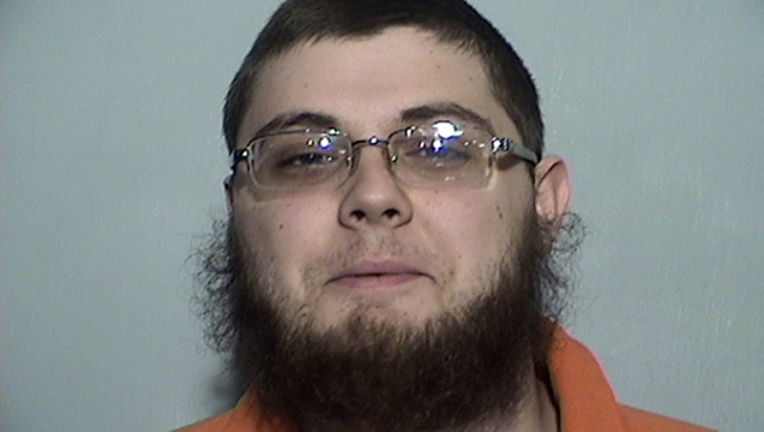 Damon Joseph, 21, is accused of plotting a mass shooting at a synagogue in Ohio.

TOLEDO, Ohio (AP) - A man accused of plotting a mass shooting at an Ohio synagogue in the weeks following a deadly attack at a Pittsburgh synagogue has been indicted on a federal hate crime charge.

While the plan was never carried out and investigators said there wasn't an immediate threat to the public, the Department of Justice said the suspect spent months talking and planning for a violent attack.

Investigators say Damon Joseph, 21, of the Toledo suburb of Holland, said he wanted to kill as many people as possible, including a rabbi, and make sure no one escaped.

A federal grand jury on Tuesday indicted Joseph on charges that include attempting to provide material support to the Islamic State group and attempting to commit a hate crime. His attorney declined to comment.

Joseph was arrested in early December after he received two AR-15 rifles from an undercover agent, according to court documents.

He had been under investigation for months and talked about his plans with an undercover FBI agent, according to the Justice Department.

Joseph posted photos of weapons, praised IS and settled on targeting a synagogue in the Toledo area, said Justin Herdman, the U.S. attorney for northern Ohio.

His plans for a synagogue shooting came together after a gunman killed 11 people in Pittsburgh in October, Herdman said. Authorities said he told an undercover agent: "I admire what the guy did with the shooting actually."

Joseph said his decision about which synagogue to attack would come down to "which one will have the most people, what time and what day. Go big or go home," according to court documents.