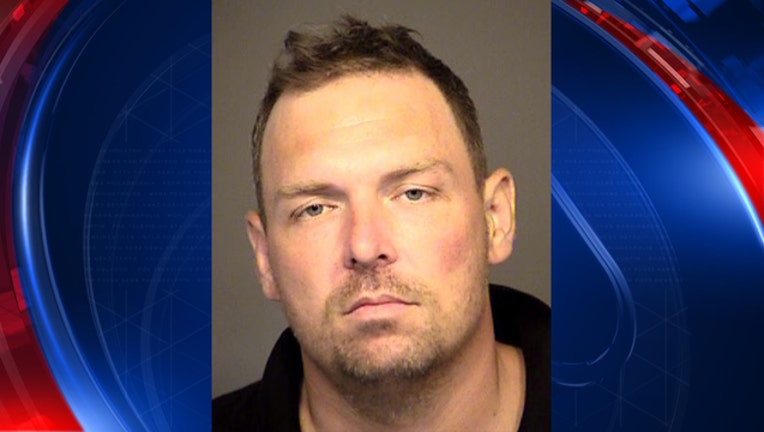 MESA, Ariz. (FOX 10) -- A man who made headlines back in March after he was accused of having sex with a cat has been arrested again, according to Mesa Police.

In a statement released Monday afternoon, the man, 40-year-old Michael C. Navage, is accused of luring a minor and drug possession. According to court documents, an undercover Mesa Police detective who was posing as a 14-year-old girl was contacted by Navage, who told the undercover detective he wanted to meet up and have sex. Navage had, on several occasions, acknowledged the age of the persona the undercover assumed as 14.

On May 29, officials said Navage sent an unsolicited photo of the male anatomy to the undercover detective, and plans were later made for the undercover and Navage to meet up on May 31. He was arrested on that day, near the area of Lindsey Road and Main Street.

According to court documents, Navage attempted to resist arrest. After his arrest, officers found a glass pipe with residue, which resembles a pipe commonly used to smoke meth. A clear bag containing crystal-life substance was also found in his front jeans coin pocket. That substance tested positive for meth during a field drug test.

Navage, according to police, was on pre-trial release for the bestiality case, where he is accused of having sex with his pet cat, resulting in injuries to the cat. In May, Arizona Humane Society officials said the cat, named Shadow, has been adopted and is now living in Fountain Hills.

As for Navage, police officials said he is being held without bond for the most recent charges.