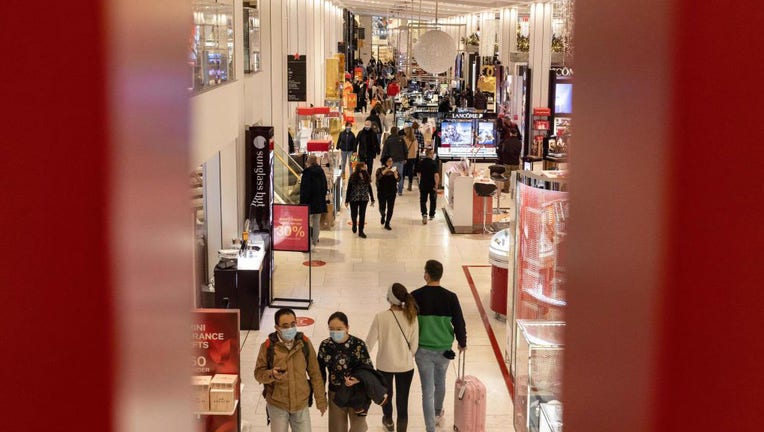 On Monday, the retailer announced plans to fill 41,000 seasonal positions for its Macy’s, Bloomingdale’s and Bluemercury stores, supply chain locations and call centers, down from approximately 48,000 last year.

Macy's says its enhanced hiring process has allowed the organization to "hire fewer colleagues of higher talent levels with more competitive pay who stayed on, resulting in a 40% reduction in turnover."

"With our focus on making meaningful investments in our colleagues, we are proud to provide an unmatched culture and fulfilling career opportunities that put our colleagues and Macy’s, Inc. in a strong position for the holiday season," Danielle Kirgan, Macy’s chief transformation and human resources officer, said in a statement.

The Consumer Price Index report released on Tuesday shows inflation dipped to 8.3 percent in August. LiveNOW from FOX host Gabriella Amado speaks with an expert on the CPI report.

This year, Macy's is trying to fill positions quickly. The company touted that it "offers a convenient hiring experience" with applications taking as little as five minutes. The majority of offers are also made within 48 hours, according to Macy's.

If employees do stay on after the holiday season, they have the opportunity to pull in an average base pay above $17 an hour and average total pay of $20 an hour. They can also work additional hours with flexible schedules, the Macy's added.

Macy's is one of a handful of companies that have already announced hiring plans for the upcoming season, although Walmart and Michaels have slashed their holiday workforce by a significant margin this year.

The retailer will offer current employees an opportunity to work extra shifts first before filling them with new hires.

Meanwhile, Target announced plans to hire up to 100,000 workers, in line with its hiring plans last year, but well below 2020 when the department store chain looked to fill around 130,000 positions.