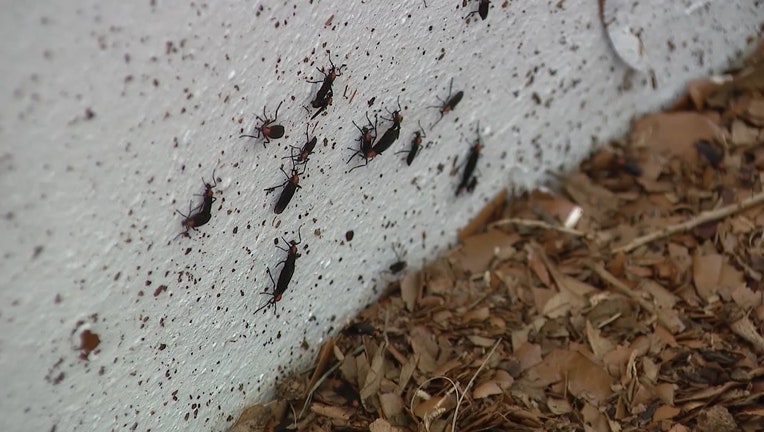 TAMPA, Fla. - They ruin your car paint. They fly around mating for hours on end. They swarm around your front door without a care in the world if you're trying to get inside your home.

Twice a year, lovebugs appear in swarms in the Sunshine State, leaving behind tiny blotches of guts when they fall victim to the bumpers on our vehicles. According to the University of Florida, mating season gears up for a about four weeks from April to May and August to September when the weather is transitioning.

Lovebugs have been sighted throughout Tampa Bay, including St. Petersburg and Brooksville. The bothersome critters can ruin the paint on a vehicle if it's not tended too soon after it comes in contact with the insect.

When they strike a car, their normal acidity is about a six, said a biology professor at the University of South Florida. As the guts begin to dry up in the sun, the acidity reaches about a 4 PH. 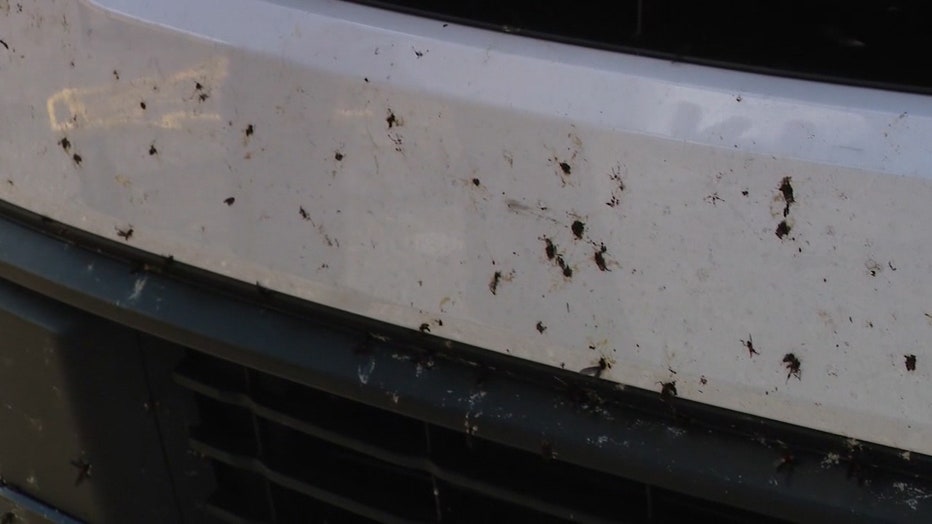 Some have blamed the scientists at UF for creating the lovebugs, but that is all a myth, the university claims.

“Contrary to popular belief, the University of Florida did not introduce the love bug to the state,” according to the school’s website.

Actually, UF says, the invasive species originated from Central America. They migrated to the U.S. during the 20th century, traveling through Texas and Louisiana before arrived in Florida.

It's not completely surprising they ended up in the Sunshine State, considering heat attracts lovebugs. Decomposing plant debris is also an odor the bugs are drawn to. Because of this, they are often seen congregating around highways.

Learn more about lovebugs on the University of Florida's website.