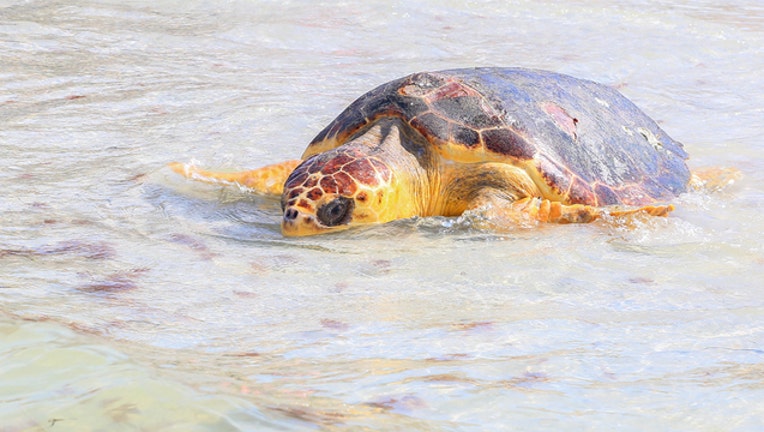 She weighed 130 pounds, was covered in barnacles and seemed very lethargic.

Toot was brought into Clearwater Marine Aquarium where their team carefully removed the barnacles and provided her with fluids, antibiotics and nutrition.