Russia launched a full-scale invasion of Ukraine on Thursday, unleashing airstrikes on cities and military bases and sending in troops and tanks from three sides in an attack that could rewrite the global post-Cold War security order.

APOPKA, Fla. - Ukrainian worshippers at Saint Mary’s Ukrainian Catholic Church in Longwood prayed for peace in the hours after Russia launched a full-scale invasion of their homeland.

Father Roman Kuzminskyi led the services, but his mind was on photos from his family overseas -- explosions they could see from their house.

"You know we have very big problem in Ukraine, it's a war," Kuzminskyi said, "and we're all today praying for our country, for our people."

"Unfortunately, peaceful people are in need of our help and help of national community, the world, we need the entire world's support,"

His parents live in Ivano-Frankivsk, in western Ukraine. Their closest borders are with Romania, Slovakia, and Hungary, but Russian forces still struck. 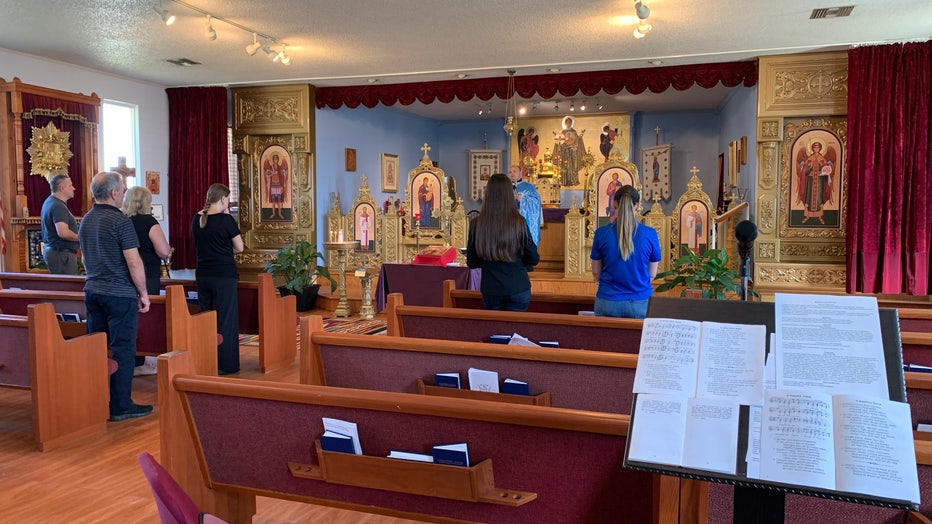 Members of the congregation, like Ivanna Polusmak, couldn't hold back the tears.

"Nobody could have expected," she said, "and we had hope that this would never happen."

At their services, the church will continue to pray for their country and their people. Many of the worshippers still have family in Ukraine. They're trying to find ways to help them, and calling on the world to step in.

"Unfortunately, peaceful people are in need of our help and help of national community, the world, we need the entire world's support," Polusmak said, "we cannot let this happen."