BRADENTON, Fla. - Five days after Hurricane Ian made landfall on Florida’s Gulf Coast, close to 700,000 residents were still without power.

Governor Ron DeSantis said an army of 42,000 utility workers responded to the call for help to restore outages.

They answered, from Pennsylvania to Kansas and beyond.

The streets of Paradise Bay Estates, off Cortez Road in Bradenton, were lined with utility trucks Sunday afternoon.

Gary Wilt is a snowbird from Illinois. He returned home to Paradise Bay Sunday after evacuating ahead of the storm. 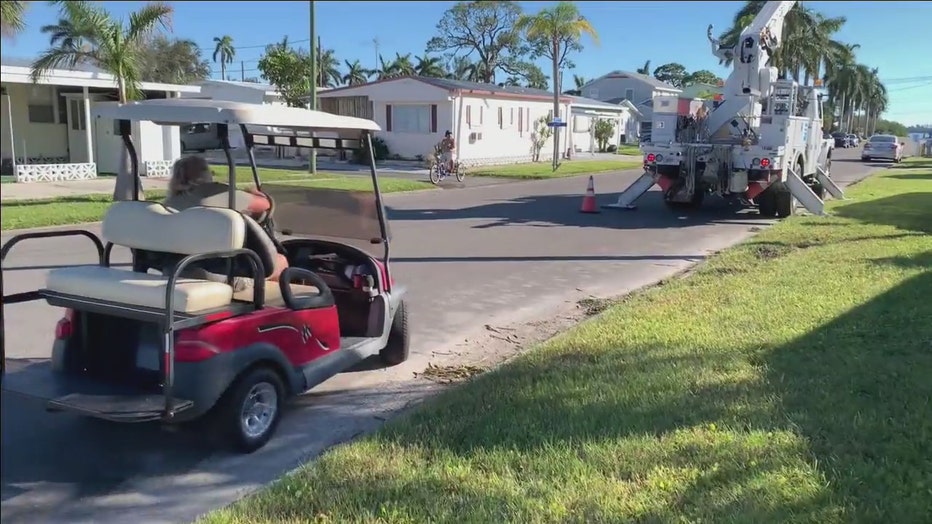 Most of his community was still in the dark, but hopefully not for much longer.

"I’m telling everyone, ‘thanks for being here,’" Wilt said of the linemen in his neighborhood. "I told them, ‘Hey, even though I know you’re getting paid, you’re not at home,’ ya know? ‘It’s a Sunday, you could be home, you could be at a bar, but you’re out here getting us fired up.’"

In Bradenton Beach, crews with Agostino Utilities traveled in Pennsylvania worked to get the lines back on.

"We’re working on the power trying to help these people out because we know they’re in desperate need," Agostino Utilities lineman Marquise Johnson said. 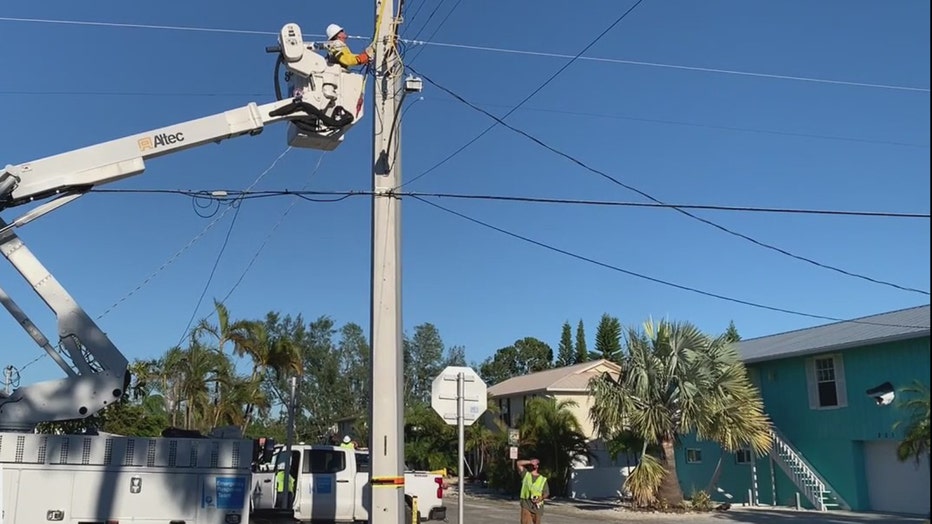 Johnson said there’s still a lot of work to be done, and when he’ll be able to travel back home to Philadelphia is up in the air. And when they’re off the clock, they’re not kicking back at hotels.

"It’s been pretty stressful, because we’re working long hours, long days," he said. "They got us like, these cots and stuff, they feed us every day, they’ve been taking good care of us. It ain’t that terrible. I’d much rather be at a hotel, but it’s not like we’re sleeping in our trucks. They give us hot showers and all that stuff. It’s actually in a semi-trailer, but it’s neat and cool."

Officers from Tampa went to North Port Saturday to help local officials and the National Guard with ongoing rescue efforts amid flooding in the area.

They’re working as quickly and as safely as possible.

Governor DeSantis said linemen have restored power to more than 1.8 million customers across Florida, as of Sunday.