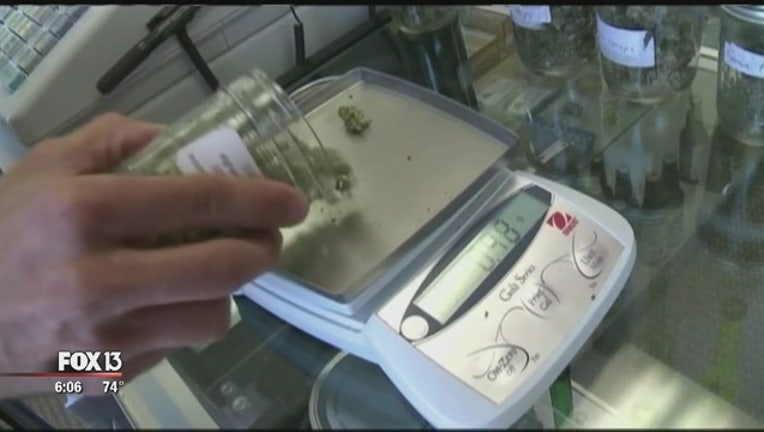 TALLAHASSEE (NSF) - Florida will have 10 additional marijuana operators --- more than double the number of the state's current vendors --- within four months, under a medical marijuana proposal approved by lawmakers Friday.

The Legislature signed off on the compromise measure, which limits each marijuana company to 25 retail stores across the state, after failing to reach consensus during this spring's regular legislative session on how to implement a medical-marijuana constitutional amendment overwhelmingly approved by voters in November.

Back in town this week for a three-day special session originally focused on funding for education and economic development, lawmakers --- under intense pressure to revisit the marijuana issue --- scurried to iron out differences that blew up a deal during the regular session.

After it became apparent that Republican legislative leaders were close to sealing a deal on the pot bill, Gov. Rick Scott added it to the special session, which ended late Friday afternoon.

A disagreement about how many dispensaries the pot operators should be allowed to run caused a potential deal to collapse six weeks ago.

The Senate had wanted to limit the number of retail outlets to 15 per operator, arguing that such a cap would give new businesses time to ramp up and compete with the state's already active seven marijuana vendors. The House, meanwhile, preferred a much more expansive approach, with a cap of up to 100.

House Majority Leader Ray Rodrigues, who shepherded the measure through his chamber, told colleagues Friday that lawmakers “have a responsibility and a duty” to implement the amendment, approved by more than 71 percent of voters, or else the regulatory framework would be decided by the courts.

The constitutional amendment made medical marijuana legal for what is expected to be hundreds of thousands of patients with debilitating conditions. That is a dramatic increase from the limited types of patients who have access to cannabis under laws passed in 2014 and 2016.

The legislation would allow local governments to ban marijuana storefront operations. But if retail outlets are permitted, cities and counties couldn't impose limits on the number of storefronts, disparagingly called “pot shops” by critics.

Sen. Rob Bradley, who has been a key figure in the development of medical marijuana legislation for the past three years, acknowledged that the local government issue was sticky for some county officials as well as some “incumbent” marijuana operators.

But an even bigger source of contention --- especially for Democrats --- is that the bill bans smoking marijuana products.

Supporters of the constitutional amendment, known as Amendment 2, insist that it included a provision that permits smoking. That provision spelled out where smoking is banned.

“Nothing in this section shall require any accommodation of any on-site medical use of marijuana in any correctional institution or detention facility or place of education or employment, or of smoking medical marijuana in any public place,” the amendment reads.

House and Senate Republican leaders have refused to allow patients to smoke marijuana as a treatment option, citing a number of reasons, including concerns expressed by law enforcement officials.

But Orlando trial lawyer John Morgan, who largely bankrolled the amendment, has pledged to take the state to court over the issue.

“I do care about smoke, and I will sue them because of that,” Morgan, who is mulling a run for governor, told The News Service of Florida in a telephone interview Friday afternoon. “It clearly was called for in the amendment, and so what they've done for me is allowed me to step back up on my soapbox and go get what the people of Florida wanted when they passed this bill with 71 percent.”

Morgan said the language in the amendment was intended to quash the specter of people smoking pot on the street.

“It was a way to put a sock in the mouth of these bulls--- artists who were saying that,” he said.

“A judge and a jury will understand this perfectly,” he said.