Some invasive plants are choking the life out of our lakes here in Florida. There is a plan to address a problem in Lake County, but it may cost taxpayers millions of dollars.

Last year, Lake County was looking more like “Hydrilla County.”  Several lakes within the Harris Chain of Lakes were infested with the invasive plant after Hurricane Irma, making it difficult for boaters to go out on the water without getting stuck.

“It was very bad,” Russell Hinkle of Lake County said. “There were places where you couldn’t even boat without getting it wrapped up in your propeller.”

“It was introduced from the aquarium industry,” Lake County Water Authority Executive Director Michael Perry said. “People didn’t want to throw away their plants, so they thought it would be good to throw it in the lake and all of a sudden you’ve got an exotic, invasive plant that’s now taken over waters of the state.”

Last spring, the county spent about $2 million to get rid of some of the hydrilla in the lakes. Most of its gone, but there are still some bad spots. So, the county is asking the state for $7.5 million to keep treating the hydrilla.

“Were constantly vigilant about how much hydrilla is out there and (we want to) be able to hit it as hard as we can, as fast as we can, so it doesn’t become a huge very expensive problem,” Perry said. 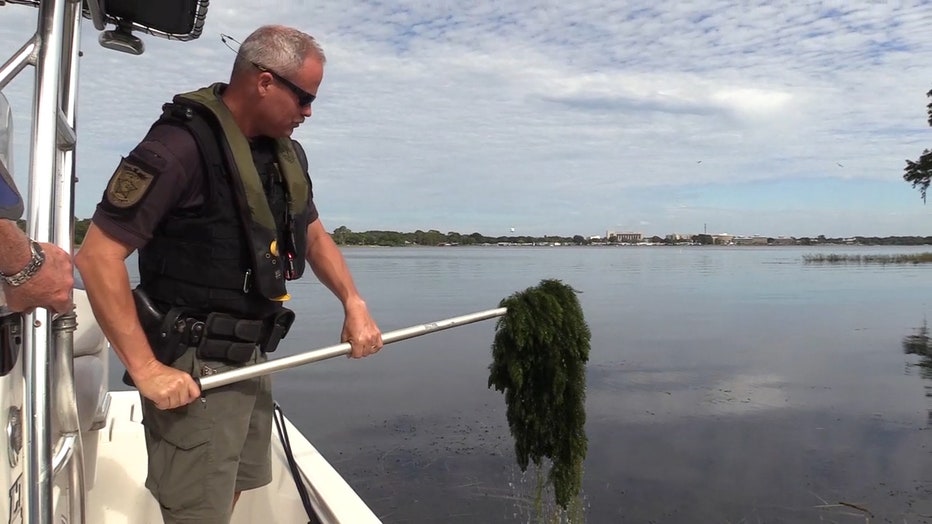 Taxpayers support the county’s decision to ask for the money. They said that hydrilla ruins the beauty of the county.

“It kind of draws the tourism down,” Hinkle said. “It kind of hurts that and the money for the county.”

Lake County leaders still have to go to the state to request the money.