Kissimmee officers rush to save a choking child

Dramatic video captured the efforts of Kissimmee police officers working to save a choking child. As the boy choked on a cracker, his mother ran outside her home and just happened to come across a police officer who was driving by at the time. She flagged him down and soon that officer would be joined by others.

KISSIMMEE, Fla. - A baby boy is back home and healthy after Kissimmee police officers saved his life.

His mother says he stopped breathing for 10 minutes.

Officers raced to revive MJ, after they say he choked on a gold fish cracker.

It was all caught on bodycam.

You can hear his mother, Amanda Zimmerman, sobbing in the background.

She says when she couldn’t clear his airway, she carried him outside her house and flagged down a police officer who just happened to be driving by.

"I ran out in the middle and waved, and he got out and said, 'What’s wrong?' and I just handed him to him and said he’s not breathing," Zimmerman said.

She says around five officers quickly came to the scene.

After choking on a goldfish cracker, these Kissimmee police officers saved the little boy's life.

"All I could do was keep saying his name or screaming his name so he knew that I was there," she said.

In the video, you can see Sgt. Craig Putriment in the center using a CPR mask. That’s when MJ finally starts breathing.

Deputy Chief Betty Holland says it was a team effort.

"It is amazing. There’s no feeling like saving someone’s life and that’s what he did, that’s what they did," Holland said.

Zimmerman says MJ is back to normal and full of energy.

"I always call him my strong man and he is. He’s a strong little boy," she said. 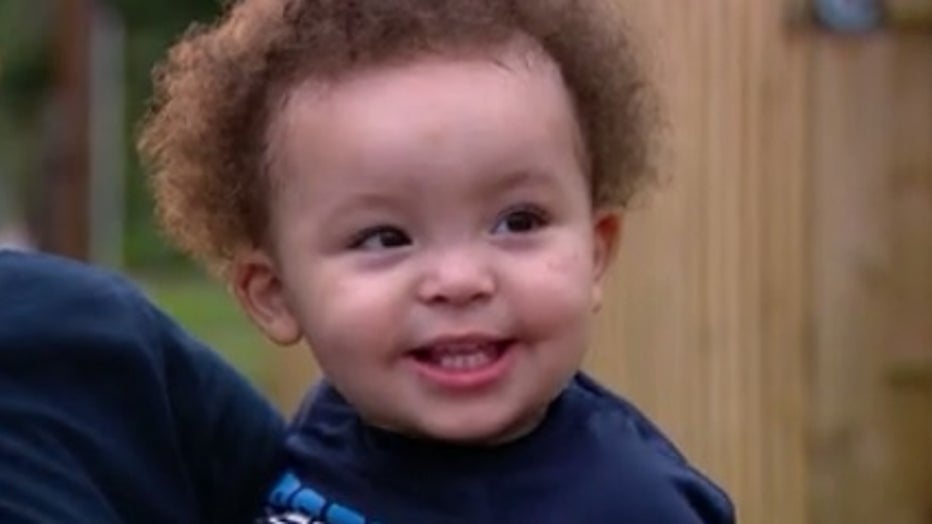 Zimmerman says something else incredible happened when MJ opened his eyes at the hospital.

Papa is MJ’s grandpa. Amanda says he died five years ago before MJ was even born.

"There’s a lot of connections that can’t be explained, except God is real and he’s good all the time," Zimmerman said.

She says some of the officers stopped by to check on MJ and even brought him gifts.

She says she’s looking forward to meeting the sergeant who revived him.