The third film in the cult comedy franchise is slated for release in August 2020.

LOS ANGELES - William “Bill” S. Preston Esq. and Theodore “Ted” Logan are partying on into the future in a new trailer released Tuesday ahead of the highly-anticipated sequel.

The third film in the cult comedy franchise, called “Bill & Ted Face the Music,” picks up in real-time as Bill (Alex Winter) and Ted (Keanu Reeves) have reached middle age and receive a visitor from the future who warns that only their song can save the world.

The iconic slacker duo are helped by their daughters, some historical figures, and a few music legends “to seek the song that will set their world right and bring harmony in the universe,” according to the film’s official plot synopsis. 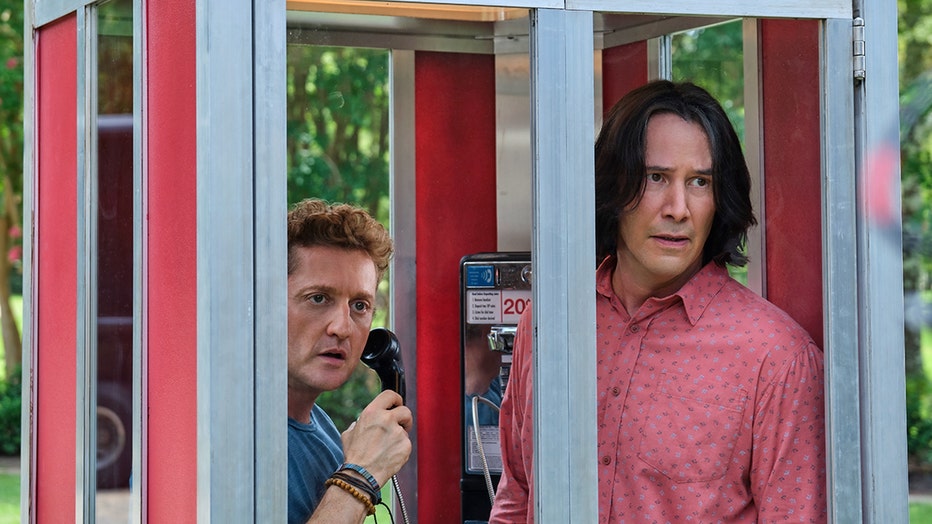 “Bill & Ted Face the Music” picks up as Bill (Alex Winter) and Ted (Keanu Reeves) have reached middle age and receive a visitor from the future who warns that only their song can save the world. (Photo Credit: Patti Perret / Orion Pictures)

"Bill, we've spent our whole life trying to write the song that will unite the world. Why can't we just go to the future when we have written it?" Reeves' Ted asks in the trailer.

"And take it from ourselves!" Bill replies.

"But isn't that stealing?" Ted asks.

"How is that stealing, if we're stealing it from ourselves, dude?" Bill responds. 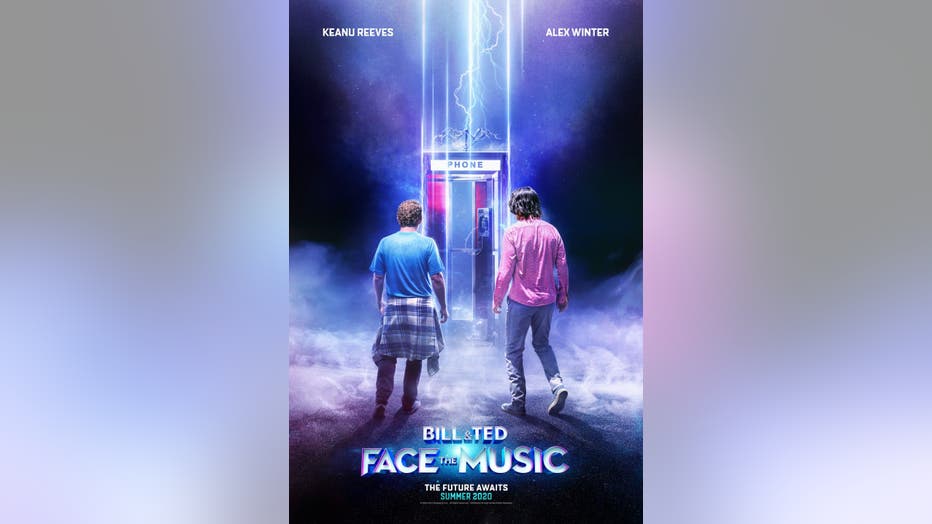 Fans of the Bill & Ted franchise celebrated the trailer’s release by using the hashtag #BillAndTedDay on Twitter.

“On this #BillAndTedDay, wishing everyone a most excellent time with your most bodacious friends,” one eager fan wrote. “And, party on Dudes!”

The trailer dropped a day after California announced movie theaters could begin reopening with limited capacity after being closed amid the coronavirus pandemic. Other states have also began reopening in varied ways, including theaters and other entertainment venues in some regions.