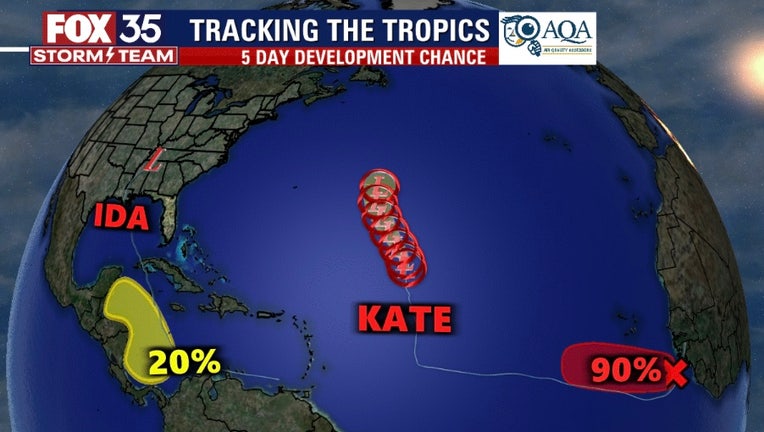 Tropical Depression Ida is moving across the Tennessee Valley after making a devastating landfall on the Gulf Coast over the weekend. The storm is packing winds of 30 mph and little change in strength is expected.

Louisiana communities battered by Hurricane Ida faced a new danger as they began the massive task of clearing debris and repairing damage from the storm: the possibility of weeks without power in the stifling, late-summer heat.

Ida ravaged the region’s power grid, leaving the entire city of New Orleans and hundreds of thousands of other Louisiana residents in the dark with no clear timeline on when power would return. Some areas outside New Orleans also suffered major flooding and structure damage.

The National Hurricane Center says Kate has downgraded to a tropical depression and is poorly organized as it moves slowly over the central Atlantic.

Kate is moving toward the north near 5 mph with maximum sustained winds at 35 mph.  Little change in strength is forecast during the next few days. Kate is not expected to have any impact on the U.S. 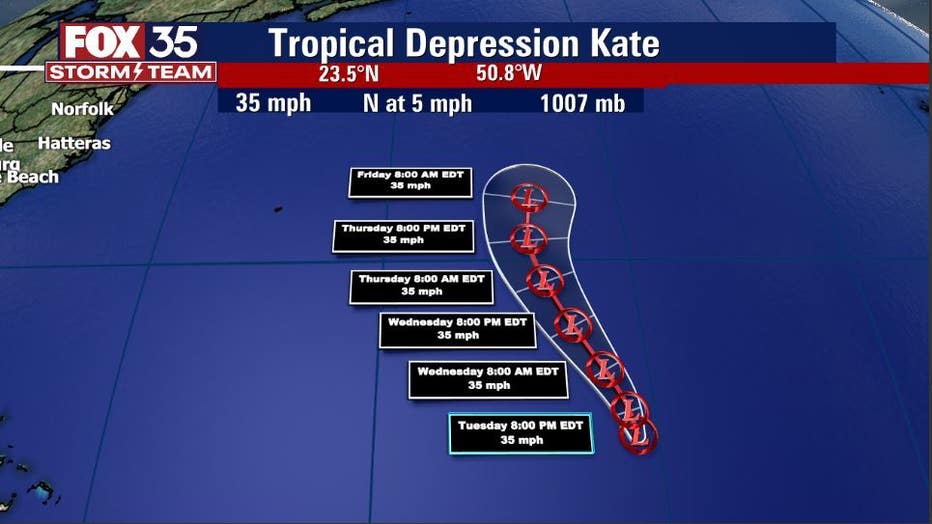 OTHER SYSTEMS TO WATCH

A well-defined low pressure system is located over the far eastern tropical Atlantic a couple of hundred miles west-southwest of the coast of Guinea.  Forecasters say the system is likely to become our next named storm, Larry.

"A tropical depression is likely to form during the next day or so," the NHC said.

Meanwhile, a broad area of low pressure is forecast to develop over the southwestern Caribbean Sea in a couple of days. However, right now chances remain low at 20-percent.