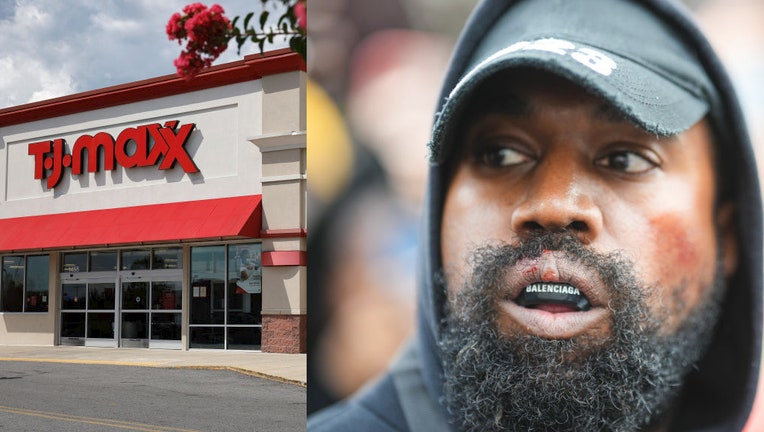 The retail giant told FOX Business in an emailed statement on Wednesday that it does not tolerate "discrimination, harassment or hate of any kind."

"We have instructed our buying teams not to purchase this merchandise for sale in any of our stores globally," TJ Maxx said.

This move comes after other companies severed ties with the artist following pressure from social media users.

Kanye West has lost endorsement deals as a result of anti-Semitic comments made by the music star, known to most now as Ye." LiveNOW from FOX's Josh Breslow spoke with Pamela Nadell, the director of the Jewish studies department at American University about the impact on the Jewish community.

Adidas, Gap and Balenciaga have all ended their relationships with Ye's fashion brand Yeezy.

Talent agency CAA has also dropped him and a documentary has been shelved.

Spotify this week condemned the antisemitic remarks, but said the platform would not remove his music.

Ye is now locked out of Twitter and Instagram over antisemitic posts that the companies said violated their policies.

The comment drew a sharp rebuke from the Anti-Defamation League, which called the tweet "deeply troubling, dangerous, and antisemitic, period."

FOX Business' Brie Stimson and The Associated Press contributed to this report. Read more of this story on FOX Business.