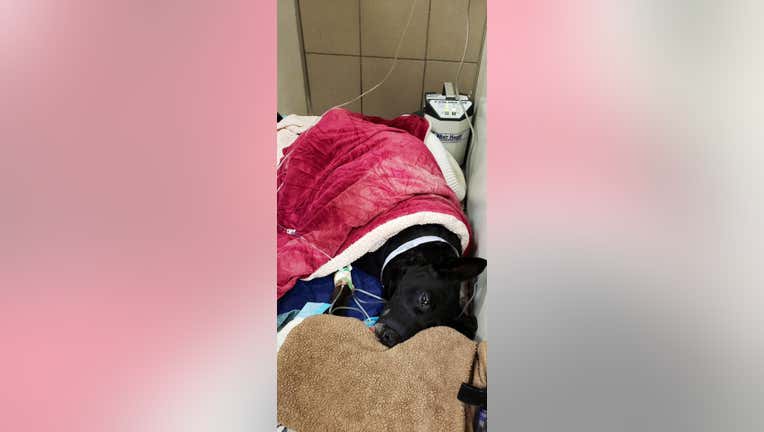 DEKALB COUNTY, Ga. - The fearless Georgia police K-9 is recovering after being shot trying to capture a suspect who was on the run.

The DeKalb County Police Department wrote in an update on Facebook on Wednesday that D'Jango had just had his first surgery at the Blue Pearl Veterinary Hospital in Sandy Springs and is expected to undergo a second surgery as soon as the doctors clear him.

"His condition is still very serious, but with each hour that passes, we’re more optimistic about his recovery!" the department wrote.

D'Jango was shot in the pelvic/lower abdomen area. He suffered significant damage to his right rear femur, but fortunately, no major organs were damaged.

The hospital where D'Jango is recovering is the same one that treated him for cancer in 2017 and 2018, the department said.

"Yes, D’Jango is a cancer survivor! And again, thank you for all of your support."