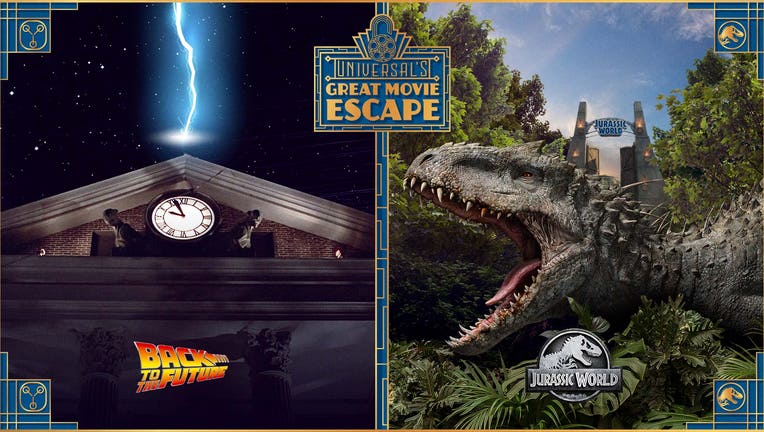 ORLANDO, Fla. - Universal Orlando has announced that it will debut two escape rooms in an all-new experience for guests this fall.

Universal's Great Movie Escape will open at Universal CityWalk bringing two escape adventures to the entertainment complex. The rooms will be themed around the popular Jurassic World and Back to the Future films.

"Concepted and designed by the same creative masterminds responsible for the wildly immersive haunts of Halloween Horror Nights, Universal’s Great Movie Escape will bring two distinct and extraordinary escape adventures to the heart of Universal CityWalk," Universal said Monday. "Through interactive state-of-the-art missions, captivating storytelling and intricately detailed sets, guests will be swept into the dinosaur adventures of Jurassic World or the time-traveling chaos of Back to the Future as they solve their way through a multi-sensory experience like no other."

Universal’s Great Movie Escape will open later this year. Tickets will go on sale in the coming months.