Jason Minton walked in chains into Volusia County Court, charged with Sexual Battery and Kidnapping. His lawyer, Aaron Delgado, tried to convince the judge that Minton did the right thing by turning himself in.

DAYTONA BEACH, Fla. - Jason Minton walked in chains into Volusia County Court, charged with Sexual Battery and Kidnapping. His lawyer, Aaron Delgado, tried to convince the judge that Minton did the right thing by turning himself in.

“When I was contacted by Ormond Beach Police Officers - I think Det. Lawson - he called and told me there was a warrant. I called Mr. Minton, he came immediately to my office and he surrendered himself on the charges,” Delgado said.

The judge refused to let Minton out of jail. 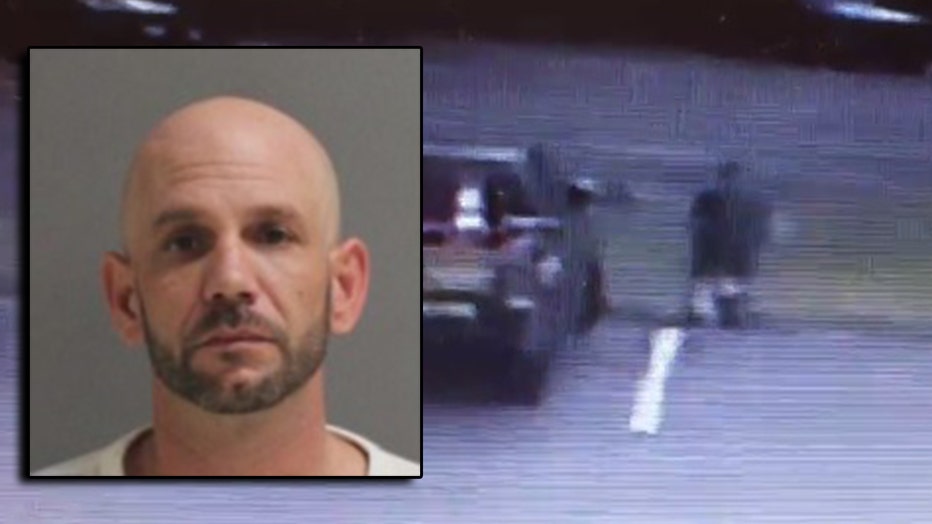 Officers say surveillance video shows 43-year-old Minton dragging an unconscious woman to his truck. Ormond Beach Police say he had just had lunch with the victim inside the River Grille in Ormond Beach, telling her it was an unconventional job interview. By the end, she couldn’t stand.

Police say after getting the woman out of the restaurant, Minton drove her to a remote area and sexually assaulted her.

“You wish you could have been there to see it - to stop it and beat his brains in for it. It shows you what a predator this guy is,” said Volusia County Sheriff Mike Chitwood.

Chitwood says Minton, a registered sex offender, has been on his agency’s radar since 2015. “When you read the allegations in the arrest warrant from the Ormond beach job- they are identical to what happened in 2015. Somehow he got off with a battery charge.”

Volusia County Deputies say the circumstances of this case are also very similar to another incident this week - this one in Orange City. They say they're close to naming a suspect in that case, and it's an ongoing investigation.